One of the greatest things about riding motorcycles is that it can be about whatever you want it to be about. Do you like just getting out and exploring by yourself? Cool, go do that. Do you like meeting up with fellow riders, going for awesome rides, and then chatting about bikes and life later? There’s plenty of that available, as well—no matter what specific kind of bikes you like.

It’s exactly that sense of community that Royal Enfield wanted to tap into with its new Epic Rides short film series. Now, of course the company wants to show us all just how cool it can be to explore the natural beauty of a place like Alaska on Himalayans. Exploring on two wheels makes far more of that wilderness accessible, and if you’re Enfield, why wouldn’t you want to show off the Himalayan’s capabilities?

For the first film in the series, Enfield gathered a group of riders who previously didn’t know each other. Then, the whole team took a number of days to explore Alaska on a pack of Himalayans. If it sounds a little bit like the plot of a reality TV show, it kind of is—except with lots of natural beauty instead of an emphasis on manufactured interpersonal drama. Instead of being a show about a bunch of roommates fighting, the people here start bonding as they go through the ups and downs of adventure touring together.

Epic Rides: Alaska is the first short film (really, it’s just 11 minutes long) in Enfield’s Epic Rides series. It’s enough to give you a taster of the grandeur and vastness that is this type of ride through Alaska. If anything, it’s an appetizer, meant to make you want to do a trip like this of your very own so you can see it all for yourself. Get out, do the thing, meet people, ride bikes, and have fun. Sounds like a good plan to us.

Get Out And Go: 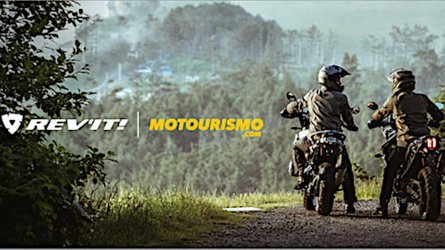 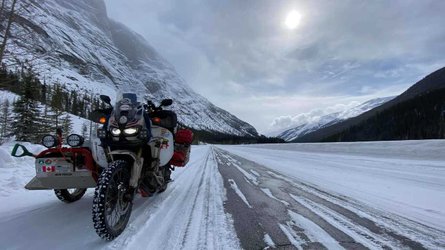 Canadian Adventurer Rides All The Way To Argentina And Back