Limited editions of 120 units of each design are on their way.

There are lots of ways to celebrate a birthday, especially if it’s one of the big ones. In 2021, Royal Enfield is celebrating its 120th anniversary all year long, and there’s no overstating the fact that it’s a big deal. Times may have changed, but that timeless classic quality that enthusiasts love about Enfield has been there since the beginning.

Here in 2021, Enfield prides itself on both paying homage to its classic traditions, while also living in the here and now. That’s why, at the same time it’s sending a pair of Himalayans on an expedition to the South Pole, it’s also launching a special series of limited-edition 120 Years motorcycle helmets.

How do you choose just one or two helmet designs to represent your company when you’ve been around that long? Quite simply, you don’t. It’s just too big a history to distill down into only one or two designs. Luckily, Enfield gave itself room to do something much grander. After all, you only turn 120 once in your life, and only then if you’re very lucky. 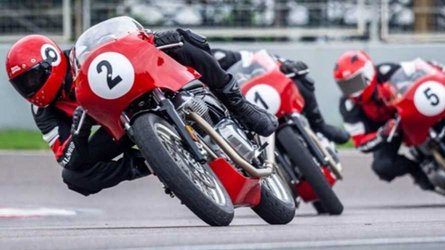 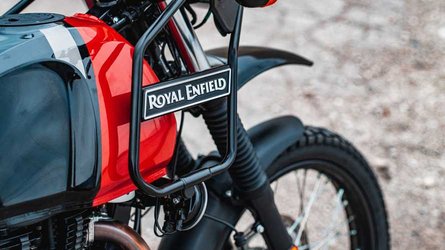 Enfield is releasing a total of 12 helmets in this limited-edition series, with one helmet design for each decade of the 120 years it’s been bringing riders joy around the globe. The releases will be staggered, and just 120 units of each helmet will be available for purchase. These helmets are hand-painted works of art, as you can see in the video with some designs that haven’t been released yet.

As of October 19, 2021, only the first design is visible on Enfield’s webpage. It’s an open-face model with a clear bubble shield, paying homage to Enfield’s first-ever motorcycle at London’s Stanley Cycle Show in November, 1901. This was the bike that launched with Enfield’s immortal “Made like a Gun” slogan, which is proudly painted on this helmet. It was a motor-bicycle, powered by a blisteringly quick 1.5-horsepower single and driven by a belt made out of rawhide.

If you’re ready to both head ‘em up and move ‘em out, this helmet isn’t quite available for sale just yet at the time of writing. However, it will be available in four days, and you can register your email to find out more once it’s available. The price is listed as 6,950 Indian Rupees, which converts to about $93. It only ships within India, so if you love this idea but live outside the country, you’ll just have to appreciate seeing pictures.