Brixton Adds The Crossfire 500 To Its 2022 Model Lineup

This bike will surely be an affordable, A2-compliant neo-retro option.

KSR-owned motorcycle brand Brixton has been flexing its muscles as of late. While the manufacturer has been selling its small-displacement bikes in the European market for some time now, it was only in 2021 that it begun rolling out bigger, more premium models. We already know that the company has a Bonneville-rivaling, large-displacement machine in the pipeline in the form of the Cromwell 1200, which is expected to launch in 2022.

Brixton's smaller capacity machines under the Crossfire moniker are certainly attractive options, too, especially for young riders looking to start their two-wheeled journeys aboard a classic-style machine. With the Crossfire 125 already confirmed for next year,  Brixton was quick to unveil its bigger sibling, the Crossfire 500. Featuring similar sporty scrambler styling as the 125, the Crossfire 500 is a more intermediate option, specifically targeted towards A2 license holders. However, this isn't to say that someone who's more experienced, and just so happens to be looking for a fun all-rounder can't jump on one and go for a ride.

Brixton is offering the Crossfire 500 in two variants—a street-focused roadster, an off-road ready X version, and a soon-to-be-released XC variant. Brixton has equipped the Crossfire 500 X with some premium underpinnings which suggest it would be a rather capable machine for use on gravel roads or the occasional trail. We see Pirelli MT60 rubber mounted on wire-spoke wheels, as well as burly, long-travel suspension and an upswept exhaust pipe. A high fender gives the bike a retro scrambler aesthetic, so, too, does the cropped tail and racing number plate on the side.

Even more interesting is the XC variant, expected to be launched in 2022, which is expected to be even more scrambler-y than the already scrambler-y X variant. Nonetheless, all iterations of the Crossfire 500 will be powered by a 486cc parallel-twin engine pumping out around 48 horsepower. As mentioned, the bike's standard level of performance makes it compliant with A2 licensing regulations. 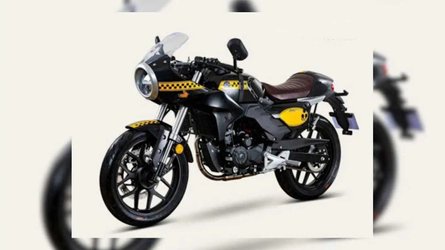 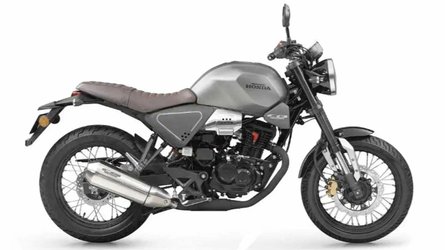