Chinese motorcycle manufacturer Lifan has recently launched a number of new models in the Chinese market, presumably for release in parts of Europe and Asia for the 2022 model-year. Unsurprisingly, Chinese-made motorcycles are rather popular among beginners and those looking for budget-friendly alternatives to more popular motorcycles.

The latest to come out of the Chinese manufacturer’s assembly line comes to us in the form of a stylish café-racer dubbed the KPM150 Café. Lifan, just like all other motorcycle manufacturers from China, has hopped on the retro-style bandwagon with full force. At a glance, the KPM150 Café clearly borrows some styling cues from popular neo-retro bikes such as the BMW R nineT Racer, as evidenced by its sporty headlight cowl, low-slung clip-ons, and cropped tail. As is the case with most Chinese offerings, the KPM150 Café details for a bargain CNY 11,980, or the equivalent of around $1,870 USD for the non-ABS variant, and CNY 13,180, or roughly $2,060 USD for the ABS version.

From a performance standpoint, the Lifan KPM150 Café is equipped with a 150cc, liquid-cooled, single-cylinder motor which pumps out around 18 horsepower. This puts it in the performance ballpark of the likes of the Yamaha XSR155 and Honda CB150R, popular neo-retro offerings in the Southeast Asian markets. Apart from being a stylish Café racer that’s sure to be a head-turner on city streets, its tractable power plant will also be ideal for commuting duties, as well as the occasional leisure trip to the countryside.

As far as features are concerned, Lifan has outfitted the KPM150 Café with all the farkles you’d expect from a premium, modern-day commuter. As such, LED lights front and back, as well as a fully digital LCD instrument panel come as-standard componentry on this machine. Commuter-friendly amenities such as a USB charging port, as well as a removable pillion seat cowl, for when you want to ride with a passenger. 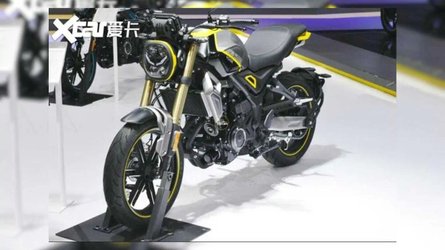 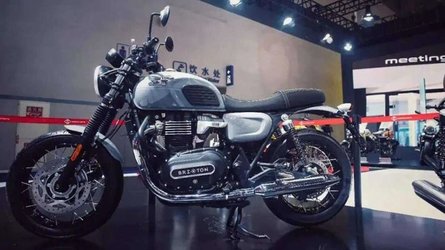