Francesco Bagnaia says that his Ducati MotoGP race bike “was perfect already,” but the runner-up was treated to a bunch of new goodies during the testing run.

It seems that there are interesting developments happening pre-2020 Moto GP Season. The exhaust is just the tip of the iceberg for the 2022 Ducati, Motorsport.com reported that the new set of fairings hide a new engine. The long muffler outback is seemingly longer than the prior muffler setup. Manufacturers tend to extend mufflers in order to get more torque out of the engine

Bagnaia went on to say that “the old bike was perfect already and we are improving this perfect bike.” 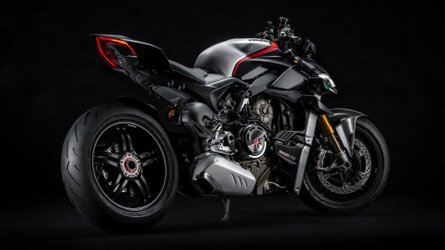 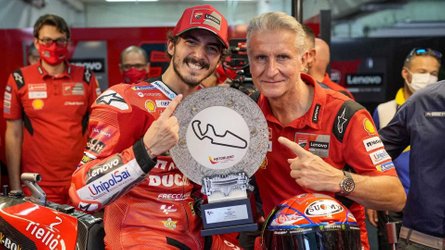 The statement was made after Bagnaia topped the times during the Friday tests at Jerez, with a time of 1:36.872. This time is notably quicker than his Spanish GP qualifying lap. It’s also worth noting that the bike was on medium compound tires, so it will be interesting to see just how well the Ducati will perform on track with a different set of tires, or wheel-to-wheel with other racers.

Describing the new setup, Bagnaia stated, "that thing is incredible. The lap time we did and the pace we are doing with the medium tyres and used tyres are incredible.” It makes one wonder

"This means Ducati has done a really great job, because to improve a bike that was already fantastic is not easy.”

"For next year we will have a lot more things to try, but there will be something to try in Sepang."

Looks like Ducati is on a good run of improvements to its race bike. It will be interesting to see just how well the new setup performs in the 2022 season of MotoGP. Should Ducati field its race bike, other manufacturers might have to watch out and maybe even respond.