Coming soon to a BMW Motorrad dealership near you.

On July 7, 2021, BMW Motorrad officially unveiled what could quite possibly be the most radical product in its modern-day portfolio. The CE-04 is BMW's first production electric two-wheeler, and is set to electrify the city streets of the world in eccentric style. At a glance, it's clear that BMW hopes to push the envelope in terms of design and performance when it comes to sustainable, zero-emissions mobility.

When the CE-04's design concept was unveiled in 2020, it received mixed reviews, with some people stating that its design was too eccentric, and unrealistic for the real world. Well, it seems that all these critics will now be put to shame as BMW Motorrad has announced that production for the next-gen electric scooter has been given the green light. When it comes to specs, we can compare the CE-04 to gasoline powered maxi-scooters such as the Yamaha XMAX, or even BMW's own C 400 range of scooters. It gets a 42 horsepower electric motor, and is capable of hitting a top speed of 75 miles per hour.

From a mobility perspective, its clear that the CE-04 isn't your run-of-the-mill e-scooter. It's sure to offer some excitement around the city, as it's capable of launching itself from zero to 31 miles in under three seconds. On top of this, BMW has outfitted the CE-04 with tons of electronic rider aids, a lot of which can be found in the German manufacturer's roster of high-end motorcycles. The chic electric scooter gets Automatic Stability Control (ASC), Dynamic Traction Control (DTC), and even comes with a reverse gear for easy maneuverability in tight parking spaces.

With the production of the BMW CE-04 now in full swing, we can expect the premium electric scooter to hit the market in the early part of 2022. For the U.S. market, pricing has been pegged at $11,795 for the base model. Our friends over at the U.K. will have to pay a slight premium, with the scooter retailing starting at £11,700, or the equivalent of $16,191. 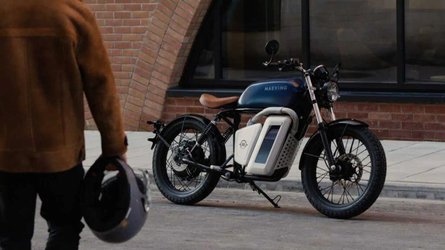 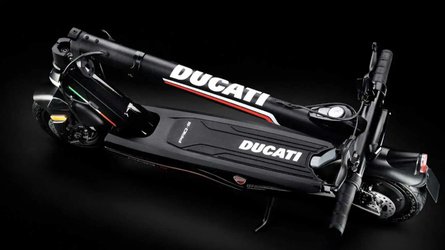