Sleek and subtle is the name of the game.

It seems that Kawasaki is adopting the saying “if it ain’t broke, don’t fix it” to its 2022 model range. Don’t get me wrong, this is by no means a bad thing, as Kawasaki’s current model range is pretty stellar as it is. Nearly all bikes in its model range offer solid value for money, and have, for many years now, been strong performers in the market. One bike in particular, the Z900RS, seems to be pretty special, though.

I’ve always looked at the Z900RS as a bike that sits one level above all the neo-retro, café racer-inspired bikes of the modern era. While machines like the Yamaha’s XSR range and Honda’s Neo Sports Café bikes in its present-day CB model range are good bikes themselves, they are just pretty much modern machines just dressed up to, quite frankly, look old. The Z900RS on the other hand has a more bespoke look and feel—everything from the way the frame has been constructed, the seamless bodywork, and yes, the analogue instrument cluster. It just seems a lot more deliberate.

The Z900RS boasts, in my opinion, at least, truly timeless styling in a package that delivers modern-day performance.All that being said, the fact that no other updates to the Z900RS, other than new colorways, are being made isn’t really a bad thing. In fact, the new colorways are pretty stunning.

For the 2022 model-year, Kawasaki will be introducing two two-tone color options, and one solid colorway for the Z900RS. The first of the two-tones has already been revealed before, and that’s the Blue/Gold colorway. The next one is an equally subtle and sleek Green/White two-tone finish. Finally, those who prefer solid finish can opt for the all black color option which features a very subtle blue streak on the side of the fuel tank.

As mentioned, apart from the updated color options, the Z900RS retains its technical specifications, including its powerful 948cc inline four-cylinder engine which pumps out 111 horsepower. The Z900RS tips the scales at a hefty 215 kg, and will feature some basic rider aids such as Kawasaki Traction Control (KTRC) and dual-channel ABS as standard. 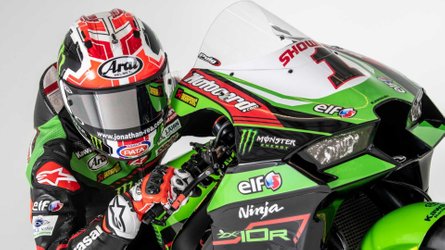 Kawasaki Is Fielding Rea, Lowes, And Mahias For 8 Hours Of Suzuka
⠀ 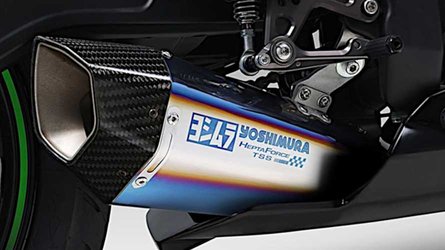