Thornton Hundred has been on a roll with its Bobber, the fastest one in the world according to the brand. Many fans wanted to see it in action, so here's their video of it participating in the Goodwood Festival of Speed's hill climb event.

Supplementing the video are b-rolls of the event, which features cars and other impressive bikes. There's something to appreciate in every second of this four-minute video. We've covered a similar showcase then the team at Thornton Hundred took the bike drag racing.

Looking closely at the clips of the Triumph Bonneville Bobber, you'll find that the bike is barely able to keep traction under full throttle. Even with the massive rear wheel, the Triumph seems to squirm quite a bit off the line, and all for good reason.

As covered in previous stories, the Bobber is what Thornton Hundred claims to be the fastest Bonneville Bobber in the world. In its stock form, the bike makes 77 horsepower, which is by no means that slow. However, Thornton specializes in twin-cylinder British motorcycles and has been known to make some of the most exciting builds in the custom scene in the United Kingdom.

Enhancements include a supercharger a nitrous kit. The boost alone brings the power levels of the bike up to 160 horsepower, while the nitrous kit brings it up all the way to a wild 200 horsepower. On top of this, the bike lets out a satisfying and beefy twin-cylinder exhaust note that is deep and I wish I could hear in person.

Now, it may seem that the bike only got a few snippets in the video, and if the YouTube comments are anything to go by, a lot of people want to see even more of its acceleration, cornering ability, and just how exhilarating it is to ride on video. I will admit, I wanted to see a helmet cam of it, but it seems that Thornton could give the people what they want, or you can get one custom Bobber for yourself. It's gonna cost you to get it across the pond, though. 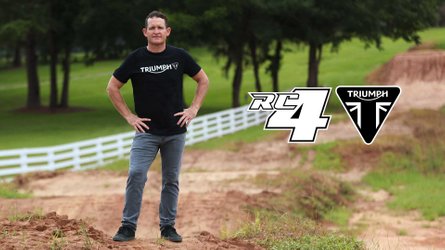 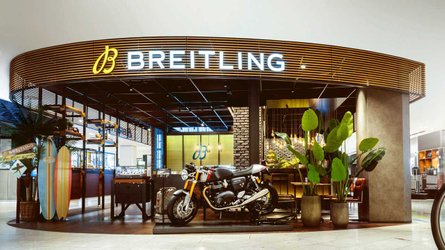 Triumph Motorcycles To Team With Breitling On Limited-Edition Items