Raising the bar in the 250cc sportbike segment.

Italian motorcycle manufacturer Aprilia has been hard at work in developing new, small displacement motorcycles particularly for the Asian market, as well as the beginner-friendly market in Europe. It’s most recent introduction, which is expected to make its way to the global market soon, comes to us in the form of the new and improved GPR250R sportbike.

The revamped sportbike was unveiled at the recently concluded Xi’an Auto Expo in China, and boy, is it a head-turner. At first glance, it’s clear to see that Aprilia has given its entry-level sportbike cosmetic enhancements which make it a perfect fit in the Noale company’s sportbike model range. It gets similar aggressive styling as it’s bigger siblings, the RS660 and RSV4, accentuated by race-inspired fairings and the signature Aprilia three-piece split LED headlight.

Putting the new motorcycle’s aggressive styling aside, we’re greeted with a very beginner-friendly powertrain consisting of a 250cc single-cylinder motor mated to a standard six-speed gearbox. Rated at a docile 26 horsepower, the GPR250R delivers rather pedestrian performance—right at the ballpark of other 250cc street bikes available in the market. Granted, of course, the GPR250R isn’t a thoroughbred sportbike, but rather a sportbike-style machine which is really a street bike more than anything else.

To make up for the lack of performance, as well as to give newbies and first-time riders a taste of what’s in store for them as they carry on with their motorcycling journey, Aprilia has fitted some premium tech on the GPR250R such as the aforementioned LED headlights, a full-color TFT display, as well as some premium underpinnings. The Aprilia GPR250R rides on inverted 41mm forks and a preload-adjustable rear monoshock. ABS comes standard on the bike’s 300mm front and 218mm rear disc brakes, as well.

You would expect a beginner bike packed with this many premium features to command quite a tidy sum. However, Aprilia has managed to retail the bike for quite a bargain. For the price of CNY 26,800, or the equivalent of $4,144 USD, you could have yourself a premium, tech-laden beginner friendly sportbike. That is, of course, assuming Aprilia retains this price point if and when it decides to introduce the GPR250R in the global market.

More From The Folks At Noale: 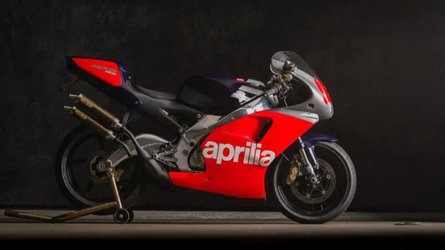 Add This 1995 Aprilia RS250 Race Replica To Your Collection 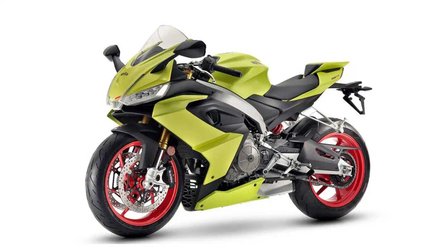 Aprilia To Recall Hundreds Of RS 660 and Tuono 660 Worldwide