Back to Portimao for the penultimate round.

Due to strict social distancing measures, border restrictions, contact tracing, and quarantines, Australia has fared better than most during the global pandemic. Despite recording fewer than 31,000 COVID-19 cases, the emerging Delta variant recently forced local officials to lockdown Sydney and New South Wales (NSW) on June 26, 2021.

As the coronavirus continues to evolve, the MotoGP calendar has had to evolve as well. Due to “travel complications and logistical restrictions”, Australian authorities cannot ensure the viability of the Philip Island round. Sadly, MotoGP officials will have to cancel the Australian Grand Prix for the second year in succession, replacing the iconic circuit with a second trip to Portugal’s Portimao on November 7, 2021.

“We’re terribly disappointed that for a second consecutive year, MotoGP fans won’t see the world’s best riders compete at the wonderful Phillip Island Grand Prix Circuit, including Australians Jack Miller in the MotoGP class, and Remy Gardner, who is currently leading the Moto2 world championship,” commented Australian Grand Prix Corporation Chairman Paul Little. “We’re also disappointed for our staff, suppliers and partners, as well as the Phillip Island community and associated tourism industry that relies on the economic boost which comes with staging the event.” 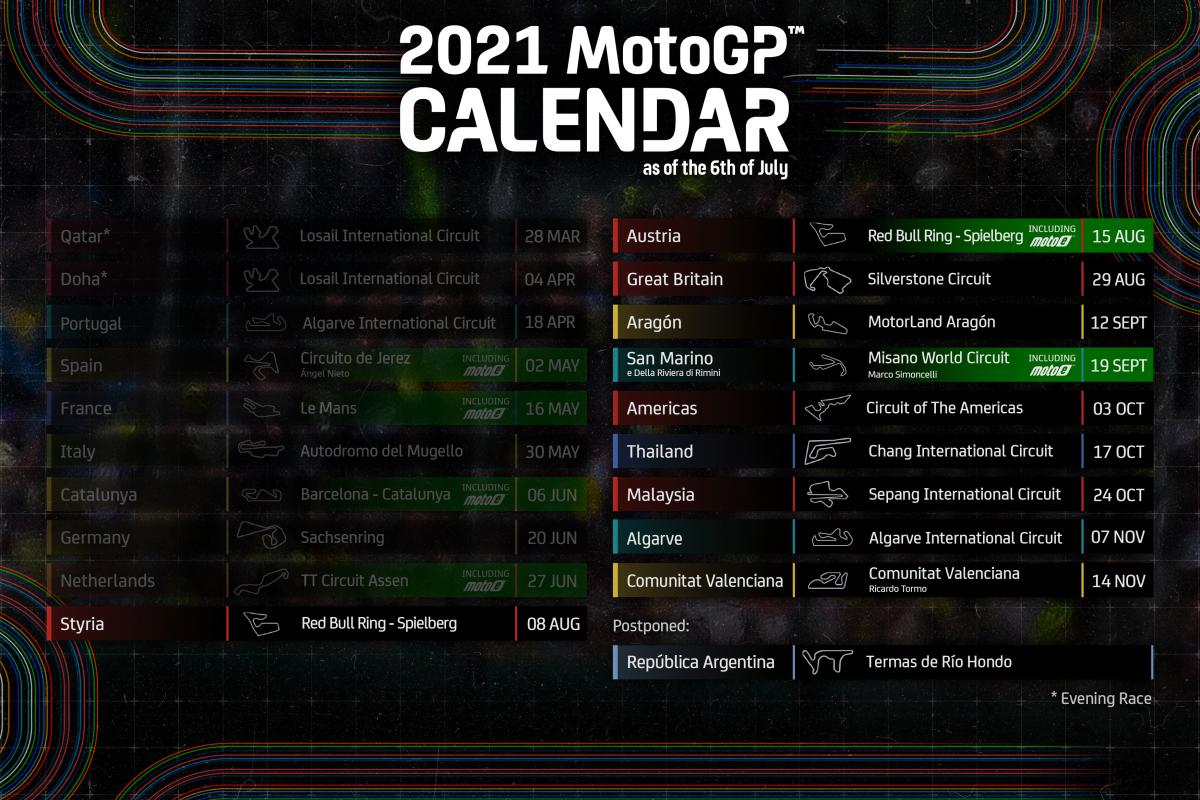 Instead, the MotoGP caravan will return to the Algarve International Circuit for the penultimate round of the 2021 season. However, organizers had to play musical chairs to integrate a second Portuguese round. With the GP vacating the October 24, 2021, slot, the Malaysian Grand Prix will shift up to that date. The Algarve Grand Prix will take place two weeks later, on November 7, 2021.

MotoGP previously visited Portimao for the third round of the 2021 campaign. Current championship points leader Fabio Quartararo secured his second victory of the season, finishing nearly five seconds ahead of Ducati’s Pecco Bagnaia and reigning champion Joan Mir. Of course, conditions and circumstances will differ from the April 18, 2021, race. Philip Island may be a fan favorite on the MotoGP calendar, but the race series will have to continue adapting to the global pandemic.

“All us riders are really disappointed that we won't be able to race at Phillip Island again this year – it's a really tough thing for everyone, but we understand the situation and it's the correct decision,” admit Ducati rider Jack Miller. "Everyone in the paddock loves to come to Australia and I always feel proud of my home country when we get to host MotoGP, because everyone loves that track and that event so much. So, fingers crossed things can change for 2022 and we can ride at one of the best tracks in the world and in front of the awesome fans there.”