2021 marks Moto Guzzi’s 100th anniversary, and the Mandello del Lario brand is celebrating accordingly. From the special edition V7, V85 TT, and V9 to a traveling exhibit, Moto Guzzi is sparing no expense for its centennial. While the legendary brand honors its past, it’s also looking to the future.

After all, we’re still waiting for the Italian company to officially reveal the potential new naked bike it teased during its anniversary festivities. However, that hasn’t stopped Guzzisti from looking even further down the road. The Clan, Moto Guzzi’s official fan community, wants to help imagine that future direction by hosting a design contest for kids.

In partnership with Moto Guzzi’s Centro Stile design department, The Clan is calling for drawings from children ages 2 through 12. Participants can submit more than one design but the contest is limited to “children, grandchildren, and young friends” of Moto Guzzi Clan members. Also, time is limited, with contestants required to send in drawings by July 1, 2021.

All submissions received will be published on a dedicated page and the Centro Stile team will pick 10 drawings as the winners of the contest. Moto Guzzi designers will then comment on the winning submissions and display them at the brand’s design center. The drawings will help inspire the future generations of motorcycles, just in time for today’s youngsters to throw a leg over their first Guzzi.

Though many associate the Mandello del Lario manufacturer with the transverse V-twin powerplant and classic styling, it’s continued to evolve over the years. From the Norge G.T. 500 to the Le Mans, from the Galleto to the Griso, Moto Guzzi has employed numerous engine configurations and aesthetics throughout its history. As younger generations take to electric modes of transport, we can’t see how the retro brand adapts to new riders’ tastes and desires. 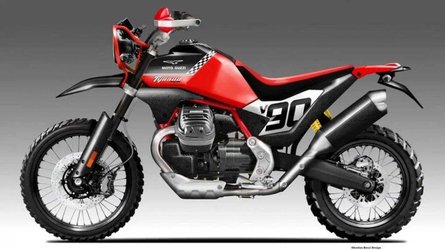 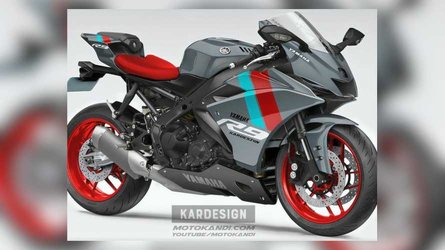