Kawasaki Discusses Its Plans For The Future

Kawasaki Motorcycles parent company Kawasaki Heavy Industries held its Group Vision 2030 Progress Report Meeting on June 1, 2021. In it, the company laid out a clearer road map for how it intends to approach the next several years of growth—including the October, 2021 spinoff of Kawasaki Motors Ltd, which will be the company’s motorcycle and engine business.

In its presentation, KHI noted that sales of large motorcycles—those with displacements of 401cc or more—have increased by 80 percent since FY2017. Furthermore, in that same time period, the ratio of Kawasaki motorcycle customers in their 20s has increased by 60 percent. Since cultivating motorcycles as an interest among younger riders is a subject of nearly constant concern to the industry, that seems like a positive and noteworthy development.

Within North America specifically, KHI noted that off-road riding—both of motorcycles and four-wheelers, which Kawasaki also produces—has been taking off into the stratosphere in the past few years. That’s one reason why Kawasaki has teamed up with Kymco to help boost its off-road growth in the four-wheeler market. 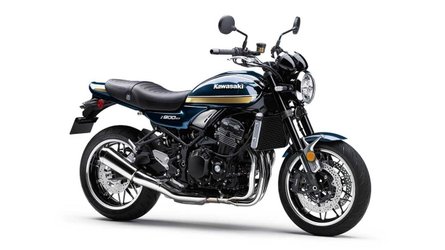 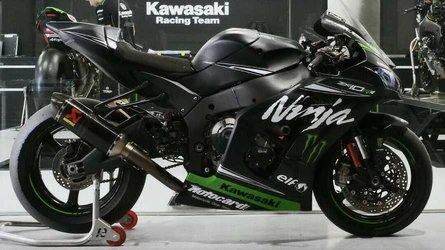 Now, it’s worth pulling back to a birds-eye view of the KHI presentation at this point, just to zoom back in on near-future motorcycle developments. As you’re probably aware, KHI is heavily involved in many different industries—only one of which is motorcycles. From medical equipment to heavy manufacturing equipment, Kawasaki makes it. That’s one reason Kawasaki has been working hard on developing environmentally-friendly hydrogen power—not just for motorcycles, but also for the marine and aircraft sectors.

As many OEMs shift toward embracing more sustainable fueling technologies, Kawasaki doesn’t intend to put all its eggs into one basket. That’s why one slide in the Kawasaki Motors section reads, “in consideration of changes in the social environment, we will accelerate the development of electric motors, hybrids, and hydrogen fuel handling and strengthen cooperation within the industry.”

So far, the only firm date Kawasaki has released regarding anything motorcycle-related is the October 1, 2021 date for Kawasaki Motors, Ltd. to become its own business entity. As and when we learn more, we’ll be sure to let you know.