On to a new generation of drag racing.

In November, 2020, Harley-Davidson severed ties with Vance & Hines. Over 18 seasons together, the Screamin’ Eagle/Vance & Hines NHRA Pro Stock Motorcycle team racked up 107 wins and 10 championships. Since ditching its longtime partner, Harley re-entered the race arena with its Screamin’ Eagle King of the Baggers team. Now, it seems like Vance & Hines is moving on as well.

The aftermarket brand just unleashed a 160ci (2,622cc) V-twin for the upcoming NHRA season. Coincidentally, Vance & Hines developed the monstrous new powerplant for use in Buell 1190RX race bikes. Erik Buell’s history with the Motor Company is well documented and it’s mighty fortuitous that V&H would design an engine to fit snugly into a Buell following its public split with Harley-Davidson.

Named the VH160VT, the new 60-degree V-Twin features pushrod-actuated valves and a redline over 10,000 rpm. Approved by the NHRA to participate in the Pro Stock Motorcycle race series, Vance & Hines will sell the engine as a complete unit alongside performance components. Teams can also purchase a builder’s package so they can alter the mill with aftermarket cams and ported cylinder heads.

"This is a natural extension of our company's involvement in motorcycle drag racing," said Mike Kennedy, president of Vance & Hines. "Terry Vance and Byron Hines became legends in the NHRA with their history of winning. As we have for the past 40 years, we continue to support teams by providing great vehicles, great engines and great components."

The VH160VT will be available through the Vance & Hines Racing Development Center on June 1, 2021. With the 2021 NHRA Pro Stock Motorcycle series already underway, we may not see the new 160ci V-twin on track until the 2022 season. We know we’re not the only ones waiting to see a Vance & Hines-powered Buell, though. 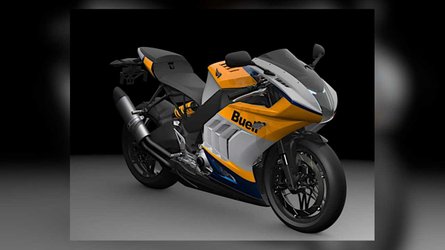