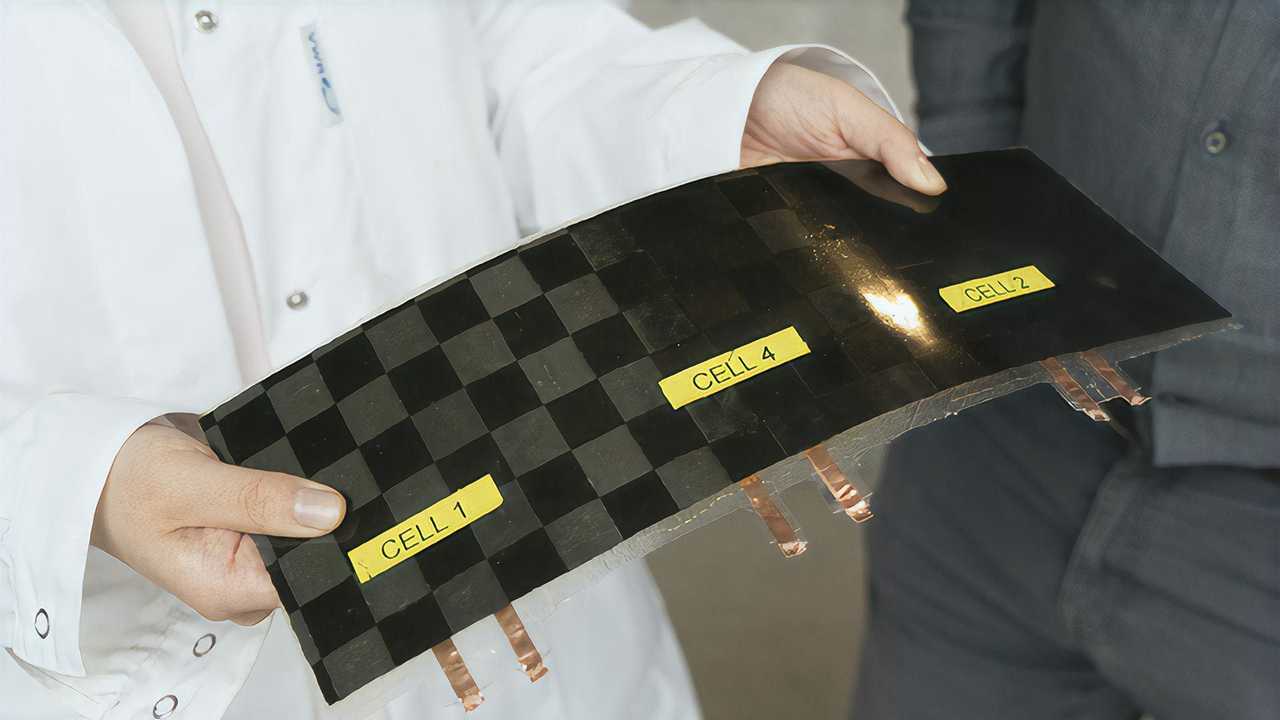 The possibilities are intriguing.

One of the coolest things about emerging electric vehicle technologies is watching some of the world’s most brilliant minds tackle different ways of problem-solving. Since 2019, we’ve seen Australia’s Deakin University unveil a solid-state lithium battery, Trinity College Dublin’s exploration of graphene nanotubes in cooperation with Nokia, South Korean company Jenax’s flexible lithium polymer batteries, and the University of Texas at Austin’s liquid-metal battery research, to name just a few.

Now, two of Sweden’s largest technical universities have come together to work on their Next Big Thing: structural batteries. Researchers at the Chalmers University of Technology and the KTH Royal Institute of Technology have created an ultralight structure that combines a negative electrode made of carbon fiber, a positive electrode made of lithium iron phosphate-coated aluminum foil, and a layer of fiberglass in an electrolyte matrix that separates the two electrodes.

As you may already suspect, energy density isn’t as high as it is in existing electric vehicle batteries that are in commercial use at the time of writing in March, 2021. The research team says their creation has an energy density of 24 Wh per kilogram, which is about 20 percent of the capacity of the current generation of lithium-ion batteries.

However, they also go on to say, the ability to use this type of battery as a structural element will greatly reduce vehicle weight. This, in turn, will mean that less energy is needed to move these lighter-weight vehicles around in the first place. Clearly, more work is needed to improve energy density, but it’s an intriguing path that definitely seems worthy of further exploration.

Of course, there are plenty of other potential pain points, as well. Carbon fiber is cool AF, but it’s not exactly cheap. Currently available electric two-wheelers already have a sizeable gap in price, range, and available speed. If you want something that’s under $10K, most options are low-speed scooters or mopeds with fairly small ranges. As the price goes up, so too do battery capacity, range, and available speed.

Regarding the practicality of these structural batteries and their energy density, they may not necessarily have to be the only batteries in use on bigger craft, such as electric bikes, cars, or even aircraft. Instead, they could potentially be used in conjunction with additional, more energy-dense batteries. Finding a balance could hopefully even storage capacity and range out to target levels of acceptability. Structural batteries could still save weight, as well as offer an additional energy storage space that wasn’t previously available.

Another, potentially bigger problem with structural batteries will be what happens when they reach their end-of-life. If your battery also forms the majority of the structure of your electric motorcycle or other vehicle, that means you’ll have to replace the whole thing. Zero and other EV manufacturers are currently working on recycling and reclamation programs for their existing, non-structural batteries. Programs like that would clearly have to expand if structural batteries are to ever become a practical solution.

After all, one of the reasons people are going HAM on EV development in the first place is out of environmental concern. If vehicles become obsolete and unusable after several years, that’s not only an inconvenience—it's a major potential source of environmental waste. Now, if EV makers (perhaps helped along by some government tax incentives) develop buyback programs that recycle old, obsolete EVs and give buyers some credit toward the purchase of new ones, that problem could be solved.

There’s clearly a lot of ground to cover between existing research in March, 2021 and that point, though. Luckily, those Swedish researchers aren’t stopping here. With the help of the Swedish National Space Agency, the team is embarking on a new two-year project that will use even more carbon fiber to increase both stiffness and energy density in their next phase of structural battery development. How will it go? Hopefully, we’ll hear some good news in a few years’ time.

KTM Is Teaming Up With German Battery Company Varta