This Custom Yamaha TW125 Is Ready To Outlast The Apocalypse 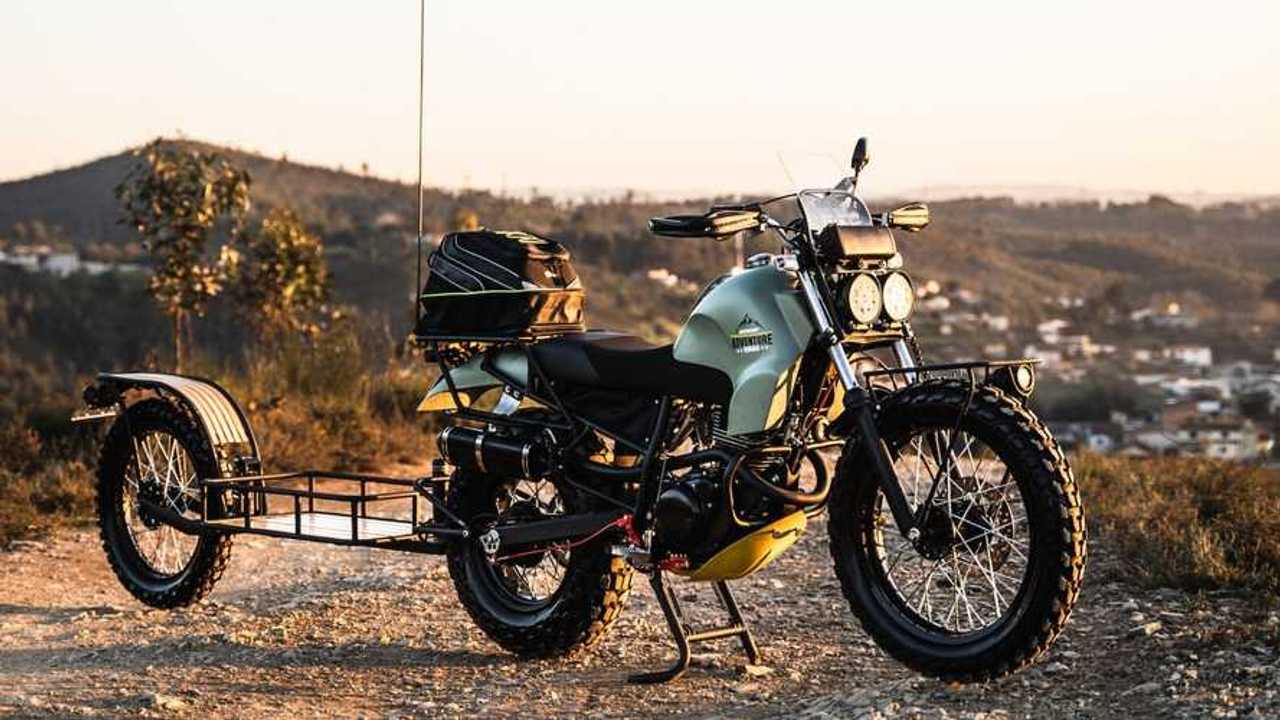 Most folks see a 125cc off-roader as a toy or training tool. Eighth-liter machines don’t often boast luggage accommodations or touring capabilities, but that doesn’t mean they can’t hang with the big bikes. At least that was Manuel Vieira’s approach when he got his hands on a Yamaha TW125 and turned it into an apocalypse-ready trail raid vehicle.

As a classic car restorer, Vieira has extensive experience with custom work. He even modified his 7-year-old son’s trials motorcycle for the Portuguese Trials Championship. He also sticks to old-school techniques, shunning 3D printers or CAD-developed designs in his workshop. That old-fashioned mentality pushed the Portuguese builder to favor function over form with his Jumatsu TransWorld project.

First, Vieira had to completely tear down the non-starting TW125, as the engine blew from a previous lifetime as a flat track racer. Equipped with a fresh coat of paint, a custom subframe, and a shiny, new piston, the aging Yamaha sprung back to life, but Vieira was far from done. Next, he fashioned a large gas tank and rear fender from fiberglass molds and focused on improving the little thumper’s carrying capacity.

With a rack on both fenders and a trailer hitched to the rear, the Jumatsu TransWorld just might rival modern touring bikes in the luggage department. Though the TW125 is set up to haul, that doesn’t mean it can’t take on everything the trails have to offer. To handle water crossings, Vieira routed the air intake above the rear fender. A shovel head also doubles as a skid plate, protecting the undercarriage from large rocks and flinging gravel.

Dual LEDs light up the trail when the sun sets and the pennant flag improves visibility during the day. With the Jumatsu TransWorld, Vieira prioritized long-range with off-road capability and the custom TW125 should prove that eighth-liter bikes aren’t just toys or training tools.