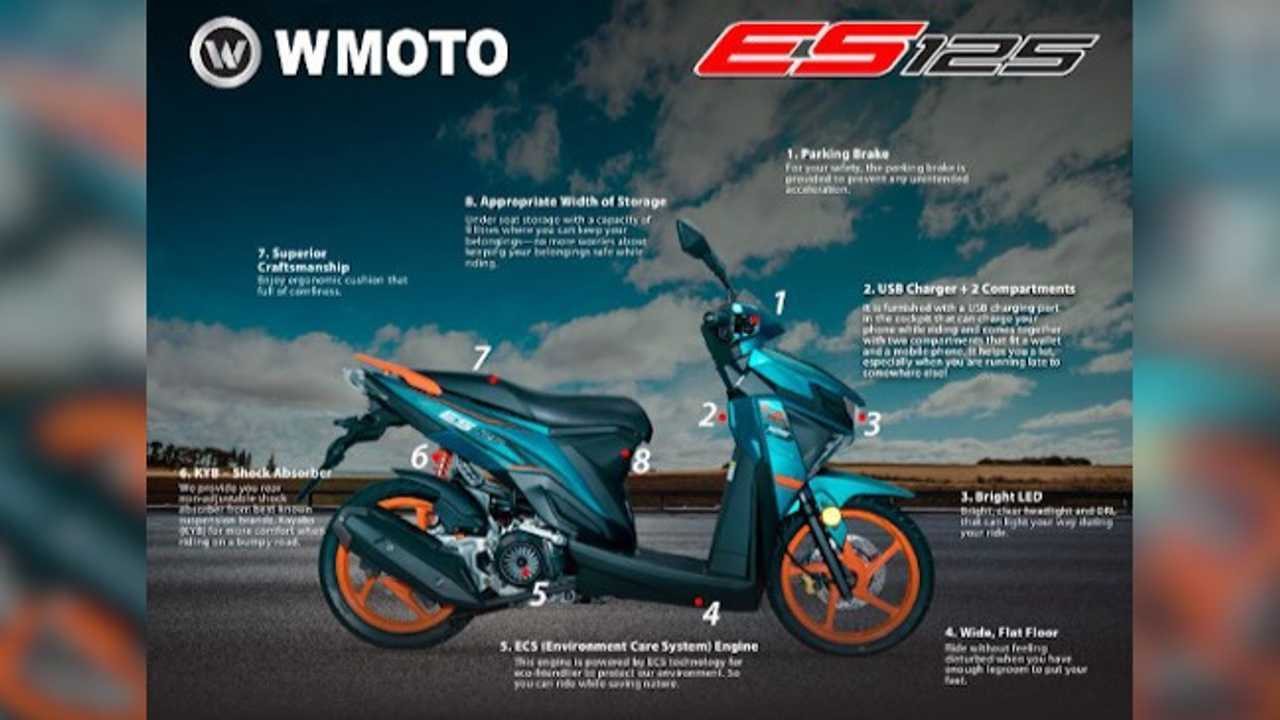 A homegrown commuter built with practicality in mind.

Lightweight and small displacement scooters are all the rage in Asian countries like Malaysia. As opposed to western countries which view motorcycles as toys or luxuries, motorcycles are considered a staple means of transportation for the citizens of Malaysia. That said, there are quite a number of interesting motorcycles available in the region, which you don’t see anywhere else.

WMoto, a Malaysia-based motorcycle manufacturer, has unveiled its newest product offering in the Malaysian market. The ES125, an entry-level commuter, has been launched in two variants—Standard and SE. The WMoto ES125 is expected to become a popular choice among those looking for a simple and practical scooter for daily use. Let’s take a look at the specifics.

For starters, the standard WMoto ES125 comes in three colours: red, black and gray. The Special Edition variant on the other hand, sports an exclusive turquoise blue color scheme. Powering the ES125 is an air-cooled 118.8cc, four-stroke, single cylinder engine rated for around 9 horsepower. Now, this may not sound like much, but for all intents and purposes, 9 ponies is more than adequate to get you around town, or traverse the urban jungle.

As far as pricing is concerned, the WMoto ES125 is priced at RM 4,588 or the equivalent of around $1,132 USD for the standard variant. On the other hand, you’ll need to shell out RM 4,888, or the equivalent of $1,206 USD for the SE version. Other features of the scooter include a sharply-styled fairing, and a man aggressive fascia which houses LED lights with integrated daytime running units.

Additionally, the ES125 comes with a handy 9L of storage space—enough to fit your helmet underneath the seat. Lastly, it gets dual apron storage compartments with a built in USB charger for your mobile devices.

New Bikes In The Region: