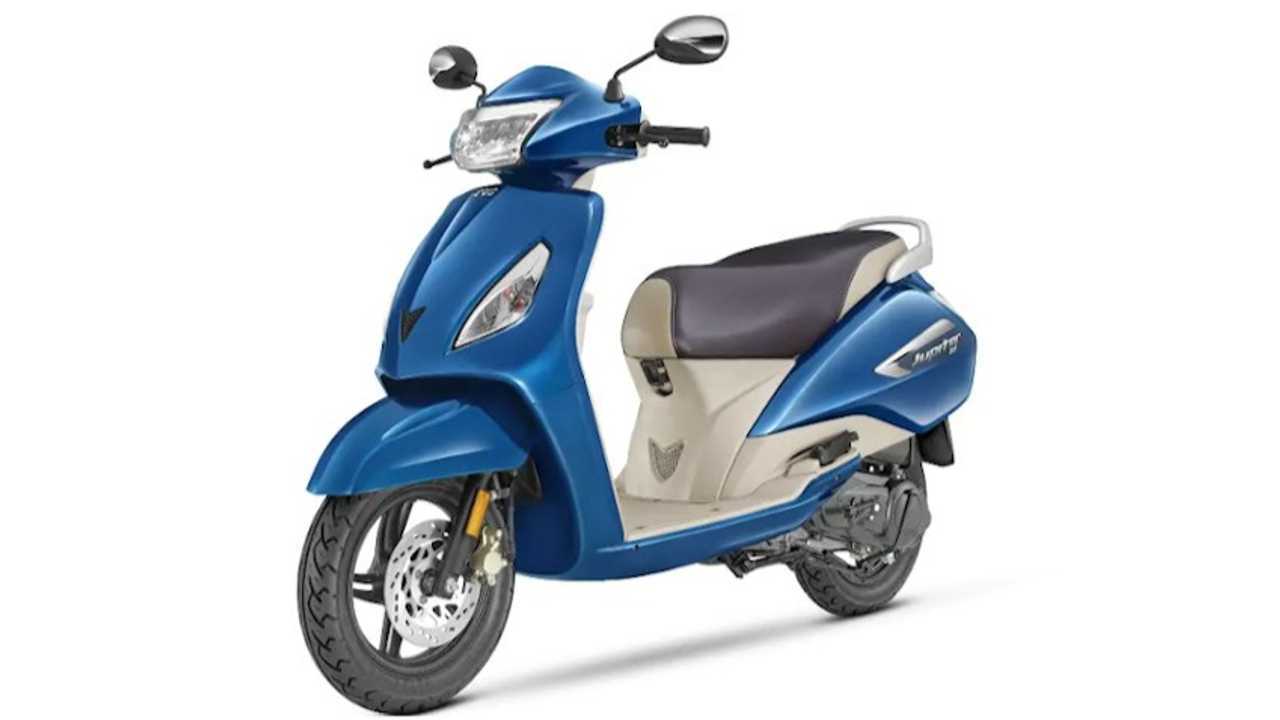 Save fuel and commute in style.

TVS has launched the 2021 iteration of one of its most popular scooters in the Indian market, the Jupiter. The new variant features a major update that will enable its rider to save more fuel produce less emissions especially in heavy traffic. Dubbed the TVS Jupiter ZX Disc, the new scooter boasts a start/stop system dubbed IntelliGo. This replaces the old iTouchStart system found in the previous generation of Jupiter.

The new TVS Jupiter ZX Disc equipped with IntelliGo is priced the same as the previous model at just Rs. 72,347, or the equivalent of $992 USD. For the extremely price sensitive Indian market which relies heavily on affordable and dependable lightweight motorcycles to get around on a daily basis, the brand new 2021 TVS Jupiter makes a strong case in the market. The IntelliGo system adds an environmentally friendly spin on things as well, by switching the engine off while idling for a long period of time. Just like most other start/stop systems out there, a simple twist of the throttle seamlessly starts the engine back up.

The Okinawa Dual Wants To Be Your Electric Work Companion

A result of this update is a claimed 15-percent improvement in fuel mileage as opposed to the BS4 iteration, which still featured a carburetor. Additionally, the start/stop system found on the new Jupiter is a first for 110cc-class scooters. Up until now, this feature had only been found on 125cc and above scooters—premium offerings in the market. Other updates to the Jupiter include a full suite of LED lighting. It even comes with additional storage space by way of a 2-liter glovebox which features an integrated mobile phone charging port. Additionally, 21 liters of underseat storage make this scooter an incredibly practical machine.