You're not the only one who thinks this bike looks familiar.

We're pretty accustomed to the way things work in the global market when it comes to new bikes rolling out from major Japanese manufacturers. More often than not, whenever a big name brand like Honda rolls out a new bike, they debut the new machine in the Japanese market prior to rolling it out in the region it was designed for. Although not always the case, this is how most global models make their debuts.

However, this time around it seems the tides have shifted. Honda has unveiled what they are calling the GB350 in the Japanese market. However, upon closer inspection, hiding beneath the GB350 name is in fact the Honda H'Ness CB350, which up until now, had only been sold in the Indian market. Now, the fact that the H'Ness is making its way to Japan as a CBU unit is pretty interesting due to a number of reasons. Firstly, the launch of the H'Ness CB350 outside of India could hint on Big Red launching the model across more markets.

That being said, is there a chance that the Honda GB350, or the H'Ness CB350, or whatever other name Honda's marketing department can come up with for this bike, will be making its way to the U.S., Europe, or other parts of Asia? After all, it does present itself as a pretty strong contender against other 350-class bikes such as the Royal Enfield Classic 350 and even Harley-Davidson's up and coming bikes. Secondly, the export of the Honda H'Ness CB350 from India could also serve as a testament to the extremely capable manufacturing prowess the country boasts. Does this mean that other more premium Hondas could soon see assembly in India?

Now that the Honda GB350 has made its debut in Japan, the bike is sure to be a popular choice among first time riders looking for that classic UJM aesthetic. It's funny to note though that this Universal Japanese Motorcycle-inspired bike isn't even made in Japan, but rather, 3,700 miles away in India. Nonetheless, the GB350 is priced extremely attractively at just 268,000 yen, or the equivalent of $2,583 USD. 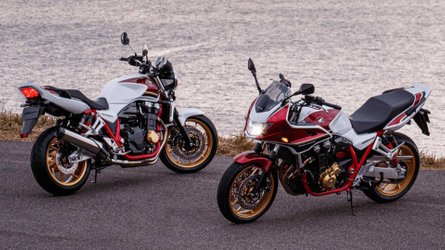 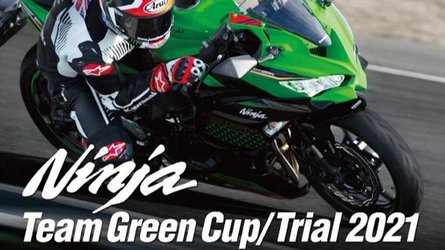