MotoCAP Is Testing How Safe Motorcycle Gloves Really Are

A little over two years ago, Deakin University in Melbourne, Australia, created the Motorcycle Clothing Assessment Program or MotoCAP. The program has been putting motorcycle jackets, pants, and gloves through a series of resistance, comfort, and overall safety tests and giving them a rating out of five stars.

The program’s database features 270 products, and the list is constantly growing as new results and data are added to the list. The team recently added the test results for 15 pairs of gloves which we thought was a good opportunity to have a look at how the gloves they’ve tested have performed so far.

Considering gloves need to be flexible enough to allow a full range of motion to grip, pull, open, and close, they’re usually not as bulky and thick as, say, jackets are. This explains why the overall ratings for gloves are much lower than for jackets. Out of the 77 pairs the MotoCAP team has tested so far, 33 have received two stars out of five while 25 models received a one-star rating, and eight didn’t fill a full star. 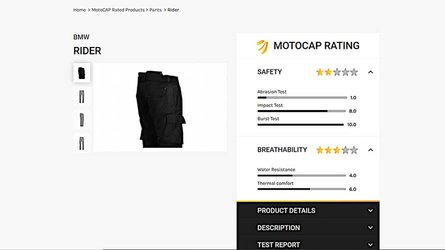 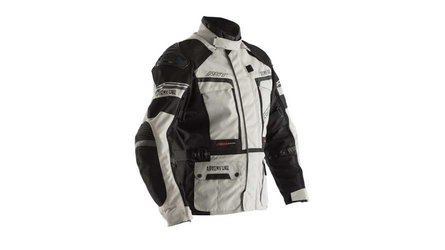 The "3 stars and up" club is highly exclusive with only 11 members, two of which have received top marks. The brand that stands out from the lot is Alpinestars. While not all of the French company’s products received stellar ratings, they did consistently rank above-average with most gloves rated between three to five stars.

In fact, one of the two top-performing pairs of gloves according to the MotoCAP tests is the Alpinestars GP Plus R2, which received a high abrasion and burst resistance mark and a respectable impact protection mark. The other recipients of a full 5-star rating are the Ducati Corse C3 gloves.

Based on MotoCAP team’s comments about the other underperforming products, aside from their poor resistance test results, the low rating is also usually due to a lack of impact protection (usually at the wrist), and a lack of ventilation.

While most of the products tested so far are leather, a handful of textile gloves have made the list—the lightweight, high-airflow, perfect for the summer type. As expected, those performed poorly and received some of the lowest ratings of the lot. The Dainese Tempest D-Dry Long is the only representative in the textile segment to have escaped the one-star curse as it provided better abrasion resistance.

So, what's the moral of the story, at least so far? When in doubt, buy Alpinestars, you’re most likely to get the better protection for your buck.