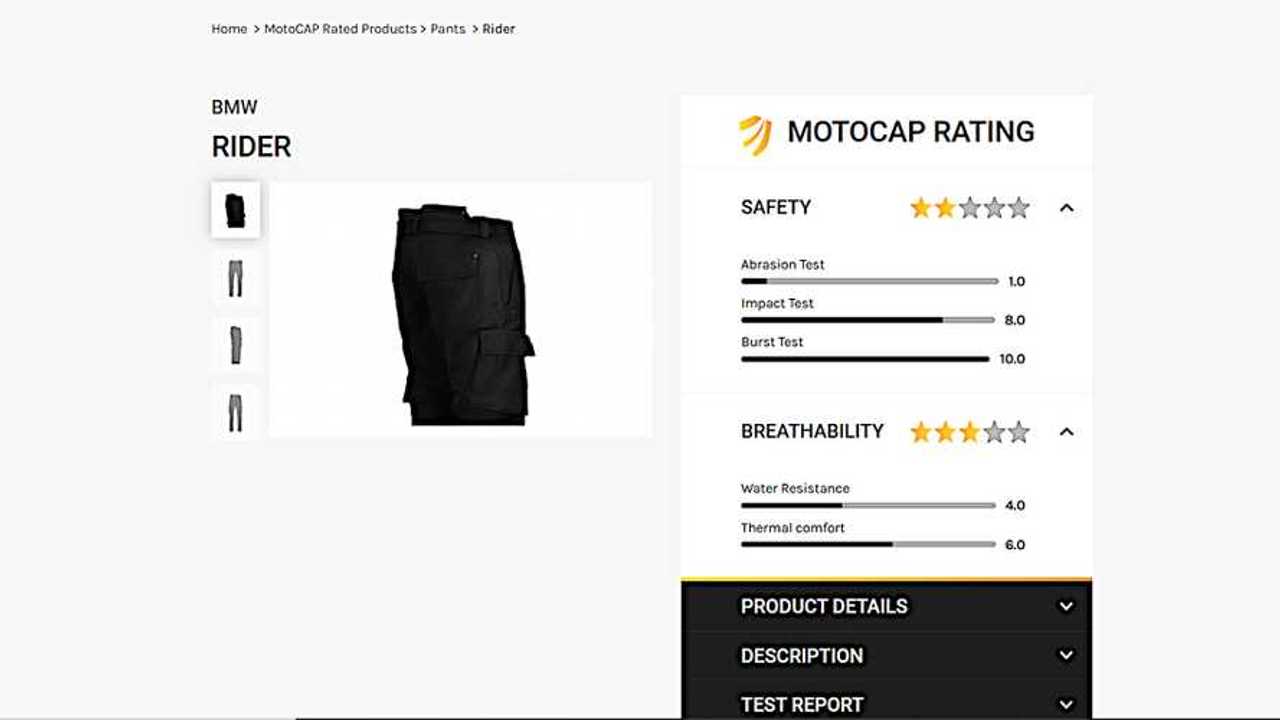 Moto leggings score poorly on safety, but so does everything else.

The safety analysts at MotoCAP are at it again, and this time, they have some bad news about moto leggings. That’s not all, either. According to their rigorous tests, exactly zero women’s textile pants they’ve tested have scored well in terms of safety. Let’s take a look.

Australian moto publication Motorbike Writer has been following legging developments ever since MotoCAP published its first review of this style of garment that purports to be protective. While it reported that motorcycle leggings have fared badly in safety ratings, we think it’s worth noting that the women’s textile pants rated so far have all scored poorly—although most of the leggings make up the bottom of the bunch.

If you’ll recall, the Motorcycle Clothing Assessment Program looks at an entire garment, rather than just a single area of that garment. It then makes assessments to measure how it performs in abrasions, impacts, and bursts—in other words, how well the seams can take a crash. Scores in all three of those areas make up the final Safety score tally. There’s a separate score for a garment’s breathability, as well.

On a scale of zero to five stars, with five stars being the best and zero being the worst, Oxford’s Super Leggings, Bull-It's Fury SP120 Lite Jeggings, and Draggin’s Stealthz Leggings all scored just a half-star for safety. However, it’s worth noting that two women’s textile pants—RJays Voyager V Ladies and RJays Dune Ladies—both also scored just as poorly.

There’s something wrong with this picture, and it isn’t that moto leggings may be a fashionable but poor choice for the safety-minded. It’s also not a case where inexpensive garments made by small, lesser-known companies are faring badly in these tests. Some quite-expensive textile pants made by big, well-known moto gear manufacturers also did terribly.

You can see the full selection of MotoCAP-rated riding pants here, and use the menu on the left to break things down by men’s and women’s pants. If you click on a pair of pants you’re interested in learning more about, you’ll see how their safety ratings break down, as well as breathability. Each garment’s Description is just a few lines indicating details like whether they have impact protection included or not, and a full Test Report is available for each garment as a downloadable PDF.