The Honda Activa 6G Gets A 20th Anniversary Special Edition 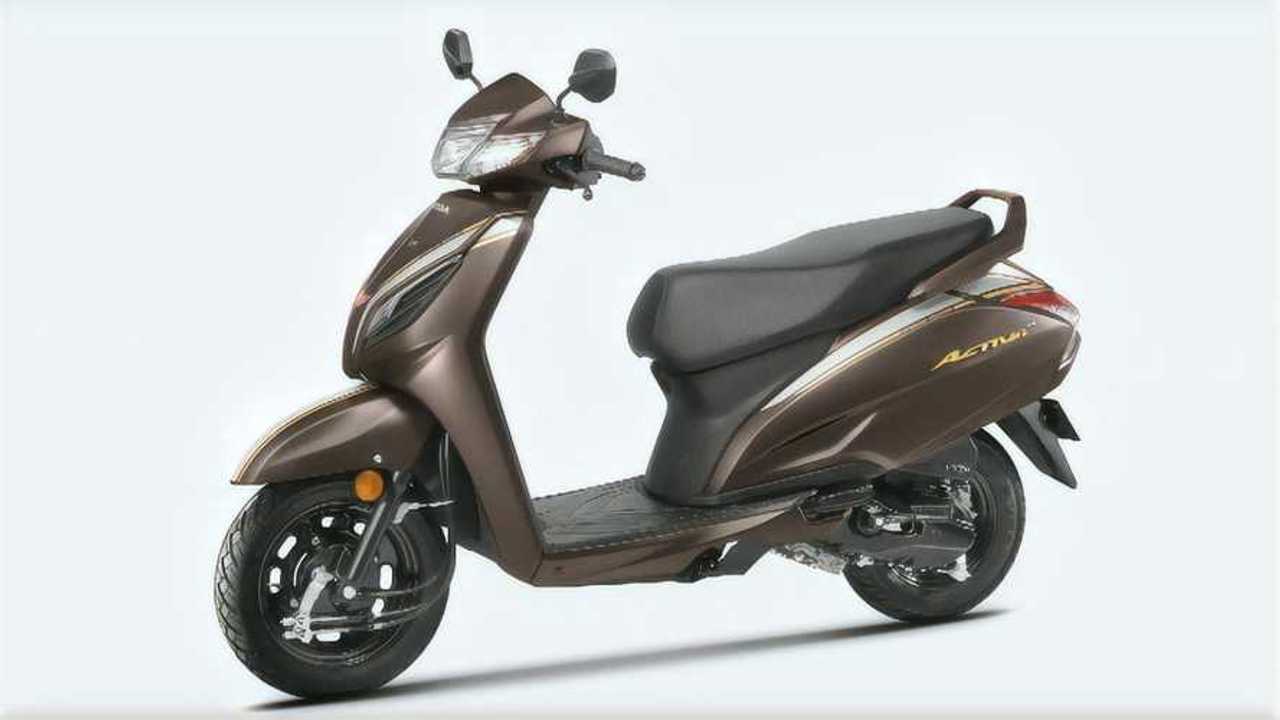 It features a unique brown and black color scheme.

Honda has announced a special edition of its Activa 6G scooter to commemorate 20 years of the model. With more than 20 million examples sold, it's one of the most popular scooters available in India.

"The legend was born 20 years ago when Honda realized The Power of Dreams of India with its debut model Activa," said Atsushi Ogata, Managing Director, President and CEO at Honda Motorcycle and Scooter India. "Since then, every new generation of Honda Activa has introduced Indian riders to advance global technologies ahead of time. Celebrating Indian customers' love and trust in Activa, the true gold standard of unisex family commute, we are delighted to launch the special 20th Anniversary edition of Activa 6G."

The 20th-anniversary edition Activa 6G is a mostly cosmetic upgrade to the latest version. It gains a 12-inch front wheel rather than the standard 10-inch, though it is still steel and not alloy. It is available in two colors, Pearl Nightstar Black and a Matte Mature Brown Metallic unique to this edition. Each color features the other color in accents, such as the seat and engine cover. Both versions get unique gold stripes, gold lettering, and a "20th Anniversary" badge. The special edition features the same 110 cc engine as the standard model.

Honda claims that it is India's top scooter-selling brand, holding 57 percent of the market share. That means that half of all new scooters sold in India are Hondas, most of them Activa 6Gs like this one. Perhaps the 20th-anniversary edition is so little changed from the standard model because Honda didn't want to mess with their success.