At the beginning of 2020, the name “Damon” was on everybody’s lips after the Canadian startup showcased its striking first electric bike at CES. Damon's premise with the Hypersport was not only to promote clean energies and sustainability but also to offer existing and future riders a tech-heavy motorcycle packed with innovative safety features.

When we touched base with Damon CEO Jay Giraud in May, 2020, he told us that things were on track for the company and that testing of the Hypersport was underway. At the time, they were pretty much at what he considered to be the testing phase’s halfway point. He admitted that the biggest challenge they were facing was getting the battery to where they need it to be in terms of specs and safety.

While we’re waiting for an update on the Hypersport’s progress, Damon decided to diversify the offer a little bit and introduced two new sub-$20k versions of the bike—the new Hypersport SE and SX. The SE is the base model priced at $16,995 while the SX slots just above it at $19,995. Both come in just below the OG Hypersport HS priced at $24,995.

A Chat With Damon: 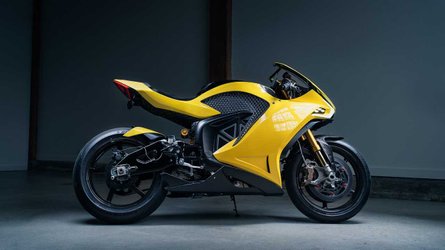 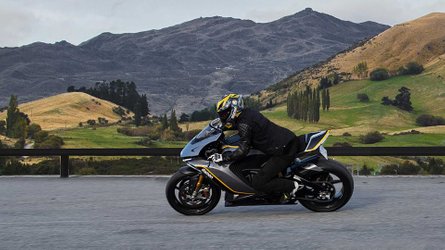 The Hypersport HS uses a 20-kWh battery that allows the bike to reach a top speed of 200 mph, produces 200 horsepower, and travel a combined city and highway distance of 200 miles.

Comparatively, the entry-level Hypersport SE gets an 11-kWh battery which results in an electric output of 100 horsepower, a range of 108 miles, and a top speed of 120 mph. Charging time for the SE varies between 1h30 with a Level 2 charger and 20 minutes with a DC charger for an 80-percent charger.

As for the Hypersport SX, the number to remember is 15: 15 kWh battery, 150 mph, 150 horsepower, and 150 miles of range. Charging the SX to 80 percent takes a little over two hours with a Level 2 charger and roughly 30 minutes with a fast charger.

Along with the addition of the two base trim levels, Damon also announced a subscription plan that allows the rider to get the bike for 24, 36, or 48 months and exchange with the most recent model at the end of the term. That means that they don’t have to commit to a full purchase and can lease the motorcycle instead.

Like the Hypersport HS and Premier, the new SE and SX are available for pre-order online for a reservation fee of $100. We have yet to get a production delivery ETA.