Another 125cc contender for the Asian market.

Unlike European and American markets, motorcycles are seen as necessities, rather than luxuries in developing countries in Asia. Skewing towards the smaller and more affordable bikes, Asian markets are rife with tons of choices ranging from everything from your run of the mill scooter to your miniature cafe racers and scramblers.

That being said, despite being mostly unbeknownst to the western market, the low displacement motorcycle scene in Asia is undoubtedly lucrative. Of course, Honda isn't one to allow itself to be left behind by the competition. In fact, the Japanese giant has just unveiled a new 125cc scooter in the Chinese market, set for global release possibly next year. Dubbed the NX125, the new scooter sports aggressive styling, giving it a sporty aesthetic. This makes it stand out in the scooter segment as its styling is clearly sportbike-inspired.

The Honda NX125 features body panels that resemble sportbike fairings—all sharp and angular. The front fascia features a menacing dual LED headlight that gives it a strong and imposing aesthetic. Overall, the scooter has a sharp appearance making it look pretty sporty, however, what are the performance figures like? Well, first and foremost the NX125 is designed as an urban runabout, so don't expect it to go as fast as it looks.

Powered by a 125cc engine, it sends an adequate 9 ponies to the rear wheel via a conventional scooter CVT. Granted you won't be setting any speed records, neither will you be breaking speed limits too often, but you're sure to make it to work in a comfortable and hassle-free manner. Performance aside, the NX125 comes with a fully-digital instrument cluster, underseat storage large enough to fit a helmet, and even a USB charger. Priced at 9,580 Yuan ($1,450 USD), the NX125 is expected to make it across several markets, particularly in Asia, in one form or another sometime next year. 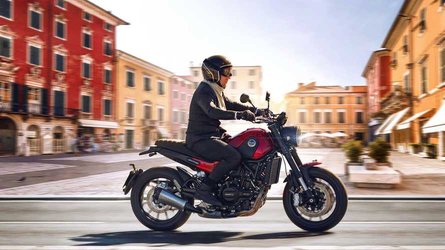 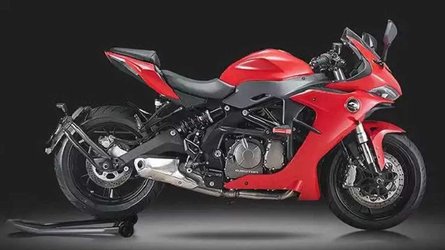