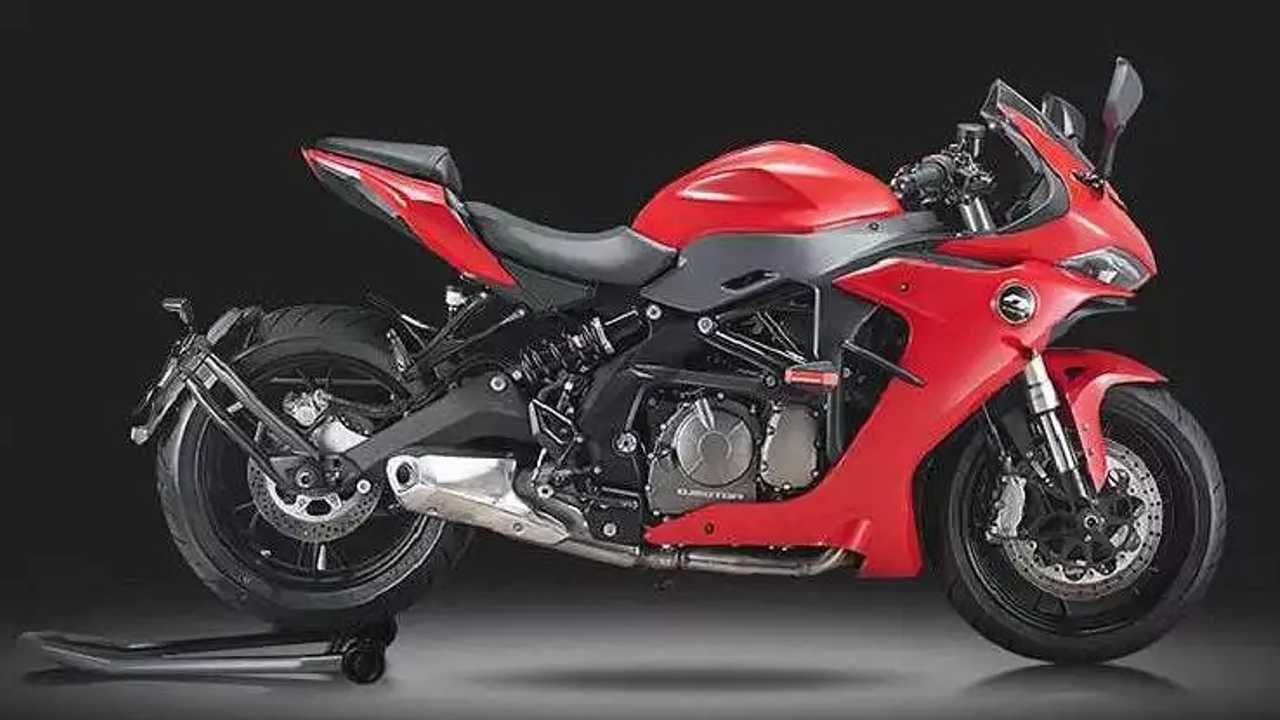 This bike will likely be rebadged as the Benelli 600RR.

For several months now, word has gone around about Benelli launching a new middleweight sportbike. After launching the TNT600 across several markets, spy photos had been leaked about a prospective sportbike featuring the same inline-four engine as the TNT600. Well, chances are great that this sportbike will soon become a reality as the Qianjiang Group, Benelli's parent company, has launched the QJ SRG600 sportbike in the Chinese market. Having owned the Italian motorcycle brand since 2005, the Qianjiang Group has been responsible for designing and manufacturing all Benelli motorcycles since.

The QJ SRG600, or the soon-to-be Benelli 600RR shares the same platform as its naked counterpart, the TNT600. As such, the 600cc inline-four engine which produces around 80 horsepower will be found on the new sportbike as well, albeit likely in a different state of tune. Another notable feature on the QJ SRG600 is a quick shifter, which will most likely be carried over to the global release of the Benelli 600RR. The bike's underpinnings such as the trellis frame, brakes, and suspension are carried over from the existing naked bike.

Equipped with dual disc brakes, inverted front forks, and an offset rear mono-shock, we can expect the new sportbike to handle rather sharply. However, we sure hope that Benelli took some steps towards weight reduction—a common gripe pointed out by those who've ridden the TNT600. The new QJ SRG600 features a full-color TFT display, as well as full LED lighting, and keyless ignition.

With Benelli's aggressive market expansion over the past few years, as well as their continuous roll-out of new and updated models, we can expect the Benelli 600RR to make its debut in Asia and parts of Europe sometime next year.

Let's Have A Closer Look At The MV Agusta Rosso Models
⠀