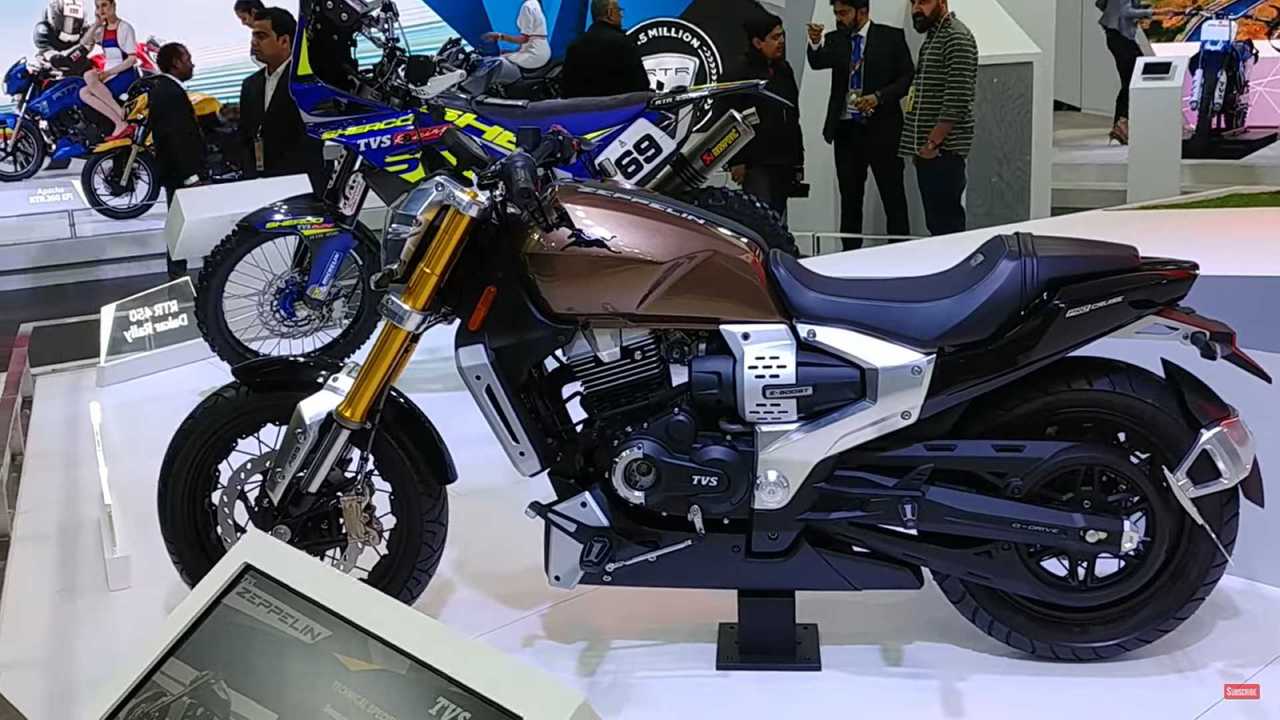 It's not the first time we've suspected that this concept bike could go into production.

Earlier this year we speculated that the TVS Zeppelin concept from 2018 might be going into production, as the company trademarked the name "Ronin." So far we haven't seen this come to pass. A new trademark filing, for the name "Zeppelin R," has opened the floodgates of speculation once again.

Aside from the trademark, not much has really changed with the TVS. The Indian market for a bike like this, though, has only gotten hotter. The Honda H'Ness CB350 is already shipping to customers. The long-delayed Royal Enfield Meteor 350 is finally here, providing a more cruiser-like motorcycle for the small bike segment so popular in India. Clearly, TVS has an opportunity to become a player in this segment, but that would depend on them putting the Zeppelin into production, something they have not yet done since the original concept two years ago.

This latest competition is decidedly more retro than modern in their designs. This potentially gives the Zeppelin a unique advantage, being a more tech-oriented bike that could include a hybrid drive system like the original concept. At this point, it would likely need to drop the concept's 220 cc engine to remain competitive. Fortunately, TVS already had a 313 cc engine that could drop right into the Zeppelin—the same unit they already build for the BMW G 310 GS.

As for the trademarked names, which will it be? Ronin, or R? As the meme says, "Why not both?" Each name could be for a different version of the Zeppelin. One version might even be the original hybrid concept, smaller engine, and all. As we've seen, simply trademarking a name doesn't mean we're going to see a model with that name in production. However, there is a strong case that we may yet see one or more TVS Zeppelins in the future.

You Can Now Be Your Favorite Avenger With The TVS NTorq

We have to wonder How Many More Times TVS is going to leave us Dazed and Confused on the Mystery Train. Will TVS Bring It On Home with this cruiser from Over the Hills and Far Away? Or is it just a Communication Breakdown, where The Song Remains the Same and the Zeppelin becomes What Is and What Should Never Be? Maybe That's The Way it is, but I'd like to believe Your Time Is Gonna Come.