You Can Now Be Your Favorite Avenger With The TVS NTorq 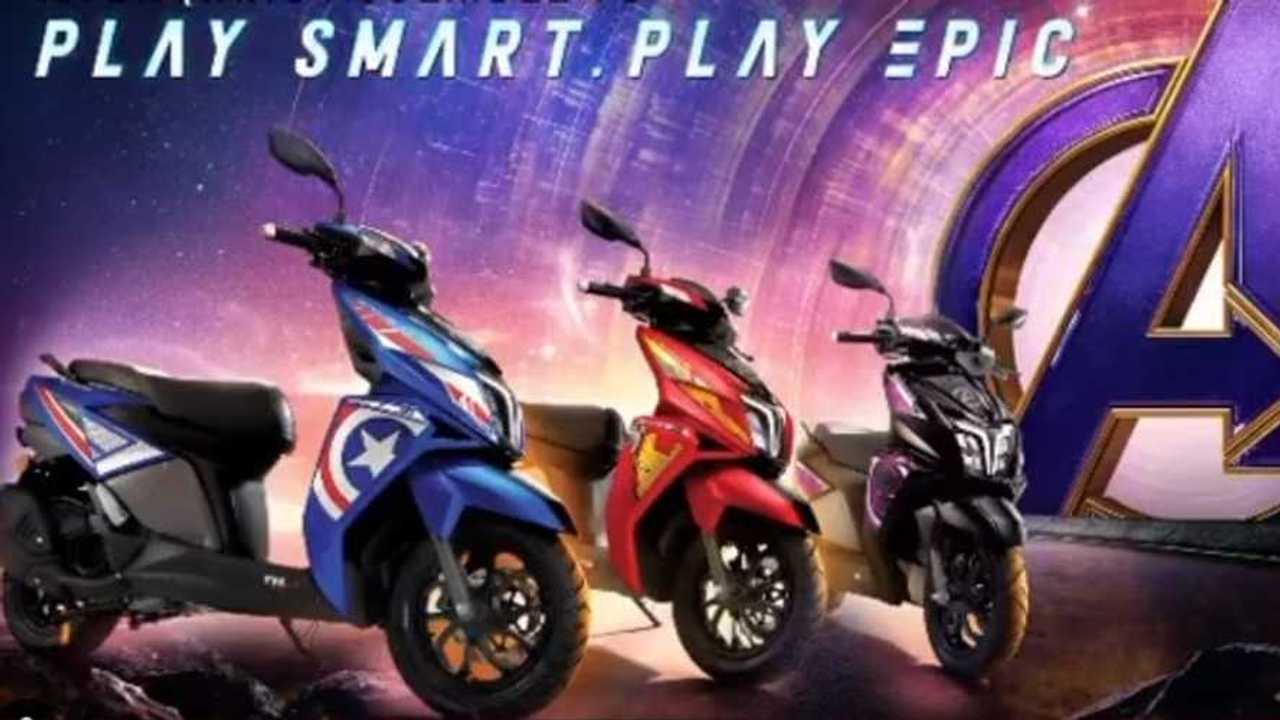 A MARVELous bunch of scooters!

TVS has recently teamed up with comic book giant turned blockbuster dominator, Marvel, to introduce a new and exciting line of scooters catering to the younger generation of riders in the Indian market. Based on the TVS NTorq scooter, the special edition line of scooters is dubbed the Marvel Super Squad edition and comes in unique color schemes depicting your favorite Marvel superheroes.

Would Tony Stark ride this scooter?
What about Steve Rogers?

Based on the top of the line variant of the NTorq, the Race Edition, the Marvel Super Squad scooters come standard with LED headlights, 12-inch alloy wheels, digital instrument cluster, USB charger, and Bluetooth connectivity. Similar to the base model NTorq, the Marvel Super Squad bikes are powered by a 124.88cc fuel injected single cylinder engine. Churning out a modest 9 horsepower and 10.5 Nm of torque, the little scoot doesn’t exactly pack a punch similar to the heroes it emulates, however it does make up for it with its styling.

Currently available in three distinct liveries paying homage to the likes of Iron Man, Captain America, and Black Panther, you can now roam the streets with your buddies in style. The bikes sport  the Avengers’ signature branding on the front apron and side panels, while the colorways for each scoot hearten strongly to the characters they portray.

Of course, being able to play dress-up with your bike as your favorite superhero will come at a slight premium as opposed to more vanilla colorways. For instance, the non-Marvel Race Edition of the NTorq retails at Rs 74,865. On the other hand, the Marvel Super Squad edition scooters retail for Rs 77,865 a piece.

More Exciting Bikes In The Region: