If it seems like it’s only been a couple of weeks since Honda Motorcycle and Scooter India first introduced the H’Ness CB350 … that’s because it has been. That didn’t stop HMSI from jumping into action almost immediately, though. On October 19, 2020, it announced that it was already shipping brand new bikes to showrooms and customers across India.

It’s such a big deal to HMSI, in fact, that it held a special ceremony to start shipping these bikes out  from its Manesar-based plant. I mean, the model IS royalty, after all—so all that pomp and circumstance makes sense. How else do you compete against Royal Enfield?

In fact, it’s so special that HMSI hired famed percussionist Sivamani to write an anthem that incorporated the H’Ness CB350’s engine sounds as an instrument, resulting in the video you’re watching. Definitely use headphones as well, if you can—tinny computer speakers simply won’t cut it.

The H’Ness CB350 is the crown jewel in HMSI’s new Big Wing premium motorcycle line, and you could say this anthem is an auditory red carpet, of sorts. You may or may not like the fast-cut video editing style, and that’s fine—but just close your eyes and listen to what the bike has to tell you.

It’s at once classic and also extremely modern—which is precisely the impression that every single bolt on this bike aims to create. Classic Honda styling, only with LED lights, a whole bunch of electronics, and brakes that aren’t made of cheese. It’s also BS6 compliant, of course—another step forward into the modern era that you may not immediately see, but will appreciate on a deeper level.

Getting bikes into showrooms as soon as possible makes sense for Honda’s strategy, because India’s festive season is, like other holiday seasons around the globe, traditionally a prime time for shopping. 2020’s been a rough one for everyone—so clearly HMSI is hoping to get these brand new bikes into customer hands as soon as possible. 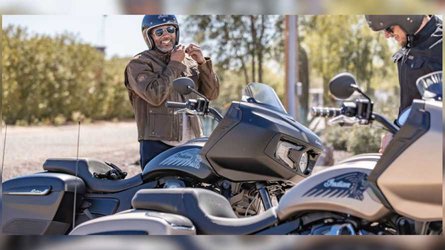 Indian Motorcycle Is Quite Happy To Stay In India, Thank You 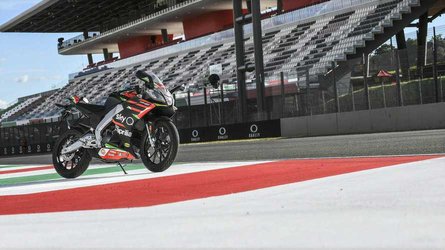 Is Aprilia Planning A Sub-300cc Bike For India?
By: Janaki Jitchotvisut
++
++
Got a tip for us? Email: tips@rideapart.com