When enduros are all the climbing equipment you need.

What do you get when you cross mountain goats with motorcycles? The 2020 Red Bull Romaniacs rider field, that’s what! Like a lot of racing in 2020, the WESS Enduro World Championship had no choice but to adapt to global circumstances. Thankfully, the season finale over the October 27, 2020, weekend was just as mad as you’d hope.

If you’re given a choice between staying in and climbing the walls, or mounting up your hard enduro bike to tackle some beautiful Romanian mountains instead, which would you choose? OK, obviously, it’s not going to be the choice that everyone would make—especially if you don’t have any hard enduro experience. Still, it looks like an awfully good way to both keep your distance and also get some much-needed vitamin D, right?

The 2020 WESS championship ended up being just four events, with the first round in Great Britain on September 19, followed by three October rounds in Portugal, Spain, and Romania to finish the heavily compressed and truncated season. At some point, organizers decided not to issue championship titles for this truncated season, and the actual championship series is tentatively scheduled to resume in 2021.

While that might matter for bragging rights, it probably doesn’t matter much to anyone just taking in the sheer talent and control of riders like Graham Jarvis, Manuel Lettenbichler, Billy Bolt, and the rest of the field. Ask most racers why they do it, and while they’ll tell you they like to win, they’ll never say it’s only about the points.

Another fascinating part of this footage is the sheer number of people ranged up on mountainsides and hanging out in trees to get good video and photos. Some are clearly professional videographers and photographers, but others are just happy spectators. At some points, the non-riders are so close to the action in search of the best shots that it’s seriously amazing that they don’t get hit. It’s a bit like watching WRC rounds in person, only a) on bikes, and b) far more vertical. If you need a mental break today, why not take a 27-minute trip to Romania? 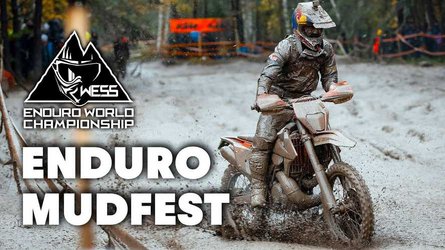 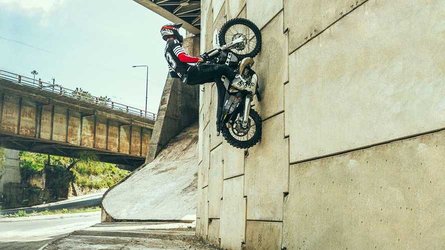 Watch This Enduro Rider Make Gravity Look Like A Joke
By: Janaki Jitchotvisut
++
Got a tip for us? Email: tips@rideapart.com