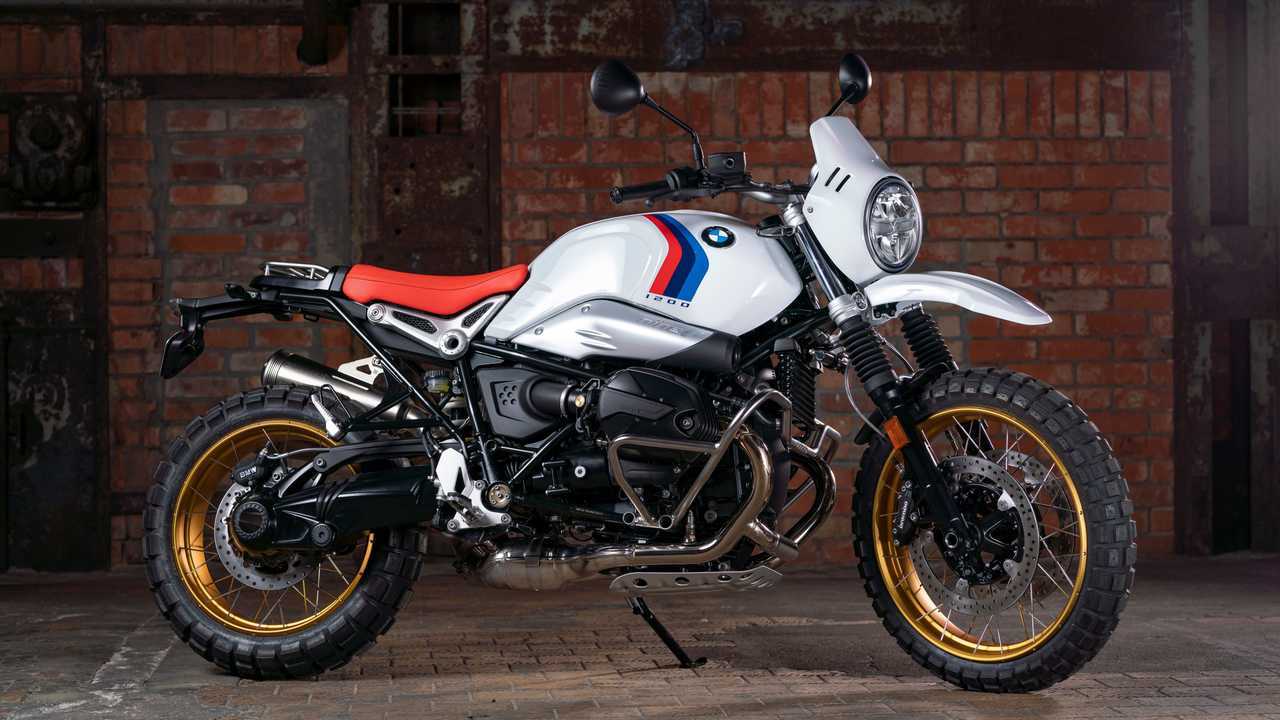 On this glorious October morning, BMW Motorrad is back at it with a slew of four R nineT variants for 2021. It’s no surprise, given that a) they’re popular, and b) we were all still waiting to hear about their impending Euro 5 update. So, what's new?

In 2020, the U.S. had the Standard, Scrambler, /5, and Pure models to choose from. While the R nineT doubles down on its retro-modern styling, I want you to travel back in time with me to August, 2019. Do you remember the super-exclusive R nineT Urban G/S Dakar Series #1 that BMW France released? Only 40 were ever made and sold in France, but they were certainly gorgeous.

While we don’t get that livery, BMW Motorrad did make the decision to create a more mass-market R nineT Urban G/S as a 2021 model. Like that limited-edition Dakar Rally tribute from 2019, it harks back to the 1980 R 80 G/S. I mean, what else would you do if you were BMW?

Flanking the Urban G/S are three returning R nineTs to round out the 2021 model year. There’s the Scrambler, the Pure, and of course, the Standard. All four feature a redesigned, Euro 5-compliant boxer that produces 109 horsepower (previously 110, so not hugely different) at 7,250 rpm. Torque remains steady at 116 Nm (or 85.6 ft.-lbs) at 6,000 rpm. The line also features redesigned cylinder heads, throttle valve parts, and cylinder head covers.

According to BMW, the power and torque curves for the reconfigured engine result in increased pulling power between 4,000 and 6,000 rpm for the 2021 models. We look forward to seeing whether rider experiences in the wild concur, and how riders feel about the slightly modified engine.

The R nineT line also got an instrument redesign that looks perfectly nice. The old one didn’t look bad, either, so as with a great many bike-related things, it’s all down to your personal preference. Both headlights and indicators are now LED on your new R nineT. Other newly standard features include USB charging sockets, a hand wheel to adjust spring preload on your shock, ABS Pro with Dynamic Brake Control, and two ride modes: Rain and Standard.

BMW is also still proudly celebrating the 40th anniversary of the GS, and there’s a special limited “Edition 40 Years GS” variant of the R nineT Urban G/S in black and yellow livery to celebrate. While they aren’t Pokémon and no one but BMW showrooms will likely catch them all, it’s one more bumblebee-hued 2021 option for your consideration.