This little lion is ready to take on America.

It’s been a long time coming, but Benelli just launched the Leoncino 500 for the U.S. market as a 2021 model! If you have an SSR Motorsports dealer nearby, they should be able to help you out if you’re interested in getting your hands on this sleek little middleweight.

Suspension consists of a 50mm inverted front fork with 125mm of travel, and the rear shock has adjustable spring preload and rebound. A four-piston dual-disc brake setup stops you up front, while a single-piston, single-disc unit stops you in the rear. The Leoncino 500 comes standard with ABS. Cast alloy 17-inch wheels come shod in Pirelli Angel ST rubber, and this little lion also comes outfitted with digital instrumentation and an LED headlight from the factory.

Seat height is a very accessible 30.9 inches. Benelli says the bike weighs 410 pounds, but isn’t clear about whether that’s curb or dry weight. You get two color choices for 2021: red or black, and we think both color options look pretty nice on this bike. MSRP is $6,199

Does this mean we can expect the Leoncino 800s introduced at EICMA 2019 to come here at some yet-to-be-determined point in the future? There’s no way to know for sure at this point, but it does look at least a little more likely now than it did before.

SSR has already been selling various small-displacement Benelli TNT models here prior to offering the TNT600, as well as the TRK 502 and 502X. The TNT600 is currently the largest-displacement model on offer from Benelli Motorcycles USA, but that doesn’t mean it has to stay that way forever.

While we haven’t ridden one (yet), the Leoncino 500 seems to have mostly favorable reviews from others who have ridden it. Yes, it’s made in China, but most riders come away saying it has plenty of character—and isn’t that what everyone wants out of any bike? 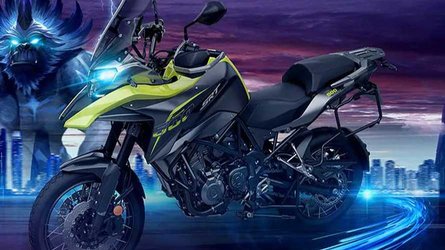 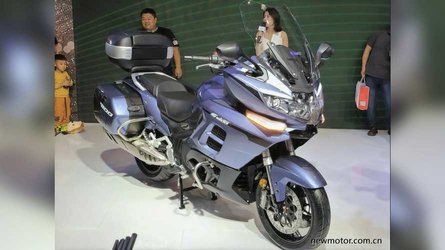 New Benelli 1200GT Sport-Tourer Launches With Big Inline-Triple
By: Janaki Jitchotvisut
++
Got a tip for us? Email: tips@rideapart.com