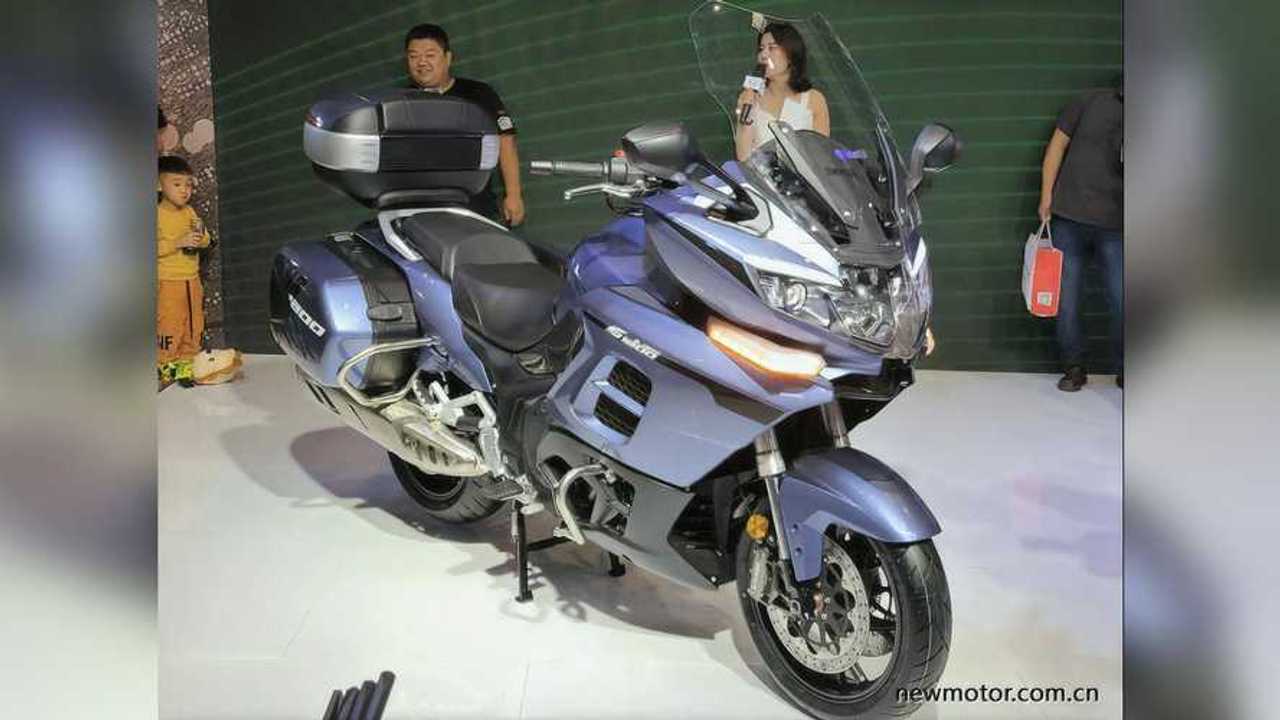 Rumors that Chinese-owned Italian firm Benelli had something big cooking in the kitchen have been making the rounds for a few years now. Over the past few years, whispers out of China suggested that Benelli owner, Qianjiang, was developing a new 1200 flagship engine.

More recently, pictures of the ready-for-production sport-tourer surfaced in the media which confirmed the rumors and hinted at an impending launch. Sure enough, after all these years of speculation, the all-new Benelli 1200GT finally showed up at the 2020 Chongqing Motor Show.

One of the new model's most interesting features is its liquid-cooled 1,200cc engine which is an upsized and upgraded version of Benelli’s 1,130cc inline-triple previously used in the Tornado and Tre-K. The new mill is rated at a decent 134 horsepower and an anemic 88.5 lb-ft of torque. Comparatively, competitor BMW R 1250 RT produces 136 horsepower and 105 lb-ft of torque.

That being said, the maker isn’t going for performance so much as affordability with its new flagship sport-tourer. While pricing isn’t available yet, Benelli's goal with the 1200 is to offer the Asian market a comfortable option at an aggressive price point. Despite the lack of pull, the bike is good for speeds of up to 142 mph, which is more than enough for journeys on the highway.

Looks-wise, the design is generic and unremarkable. Picture a sport-touring bike in your head and that’s pretty much what the GT looks like. Qianjiang did throw in several higher-end features to make the model competitive in the segment.

The model receives an inverted fork, a hydraulic clutch, a set of Brembo brakes, push-start ignition, heated hand grips and saddle, and even electronically adjustable mirrors. According to the Bike Social, the bike also features a pair of front and back cameras, though Benelli has yet to confirm how they will be used.

Though the dashboard looks dated with the use of analog rpm gauge and speedometer and a plastic-looking cover that gives the ensemble a very 90s feel, the cluster does include a digital color display.

The new Benelli 1200GT is expected to become available sometime early in 2021 at which point we’ll learn more about all the features and the pricing.