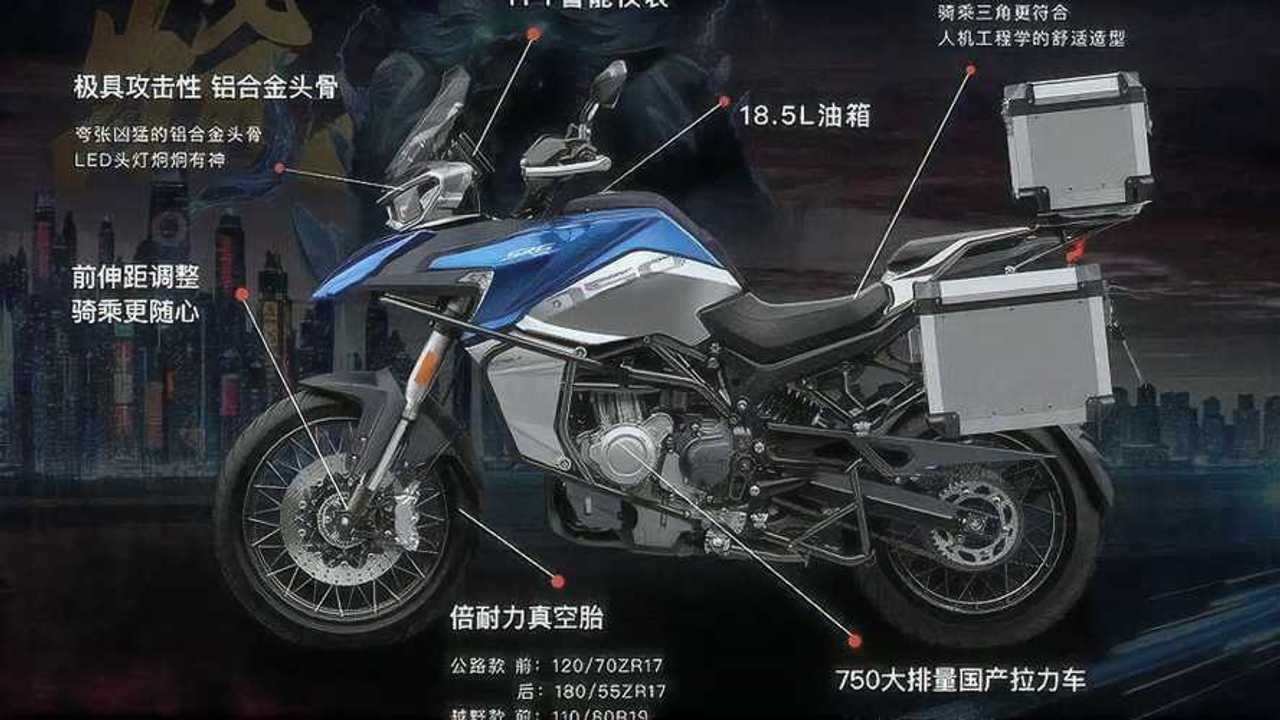 The Benelli TRK 800 has yet to make its international debut as of September, 2020, but parent company QJ Motor keeps moving incrementally closer. In June, 2020, we caught a glimpse of the QJ Motor SRB 750, a middleweight adventure bike that will likely share the same powerplant as the forthcoming TRK 800.

Now QJ has unveiled its newest middleweight adventure tourer, the SRT 750. Given that the most immediate visual difference between the SRB 750 and the SRT 750 is the addition of aluminum panniers and a top box, it’s still probably not super close to what the TRK 800 will look like. That is, of course, going by Benelli’s earlier words: that it will be developed entirely in Italy, and also will not look like the SRB 750.

Newmotor has a full photo gallery from the official unveiling, so you can get a better look at the SRT 750. It’s neither particularly bad-looking, nor particularly awe-inspiring to look at. It’s kind of like the wallpaper of adventure bikes: a bit bland and inoffensive, but does the job. Everyone’s got an opinion, though, don’t they? If you love it, and you can get your hands on it, you should ride it—and not let any random person on the Internet tell you differently.

It’s yet another bike from QJ powered by its 754cc liquid-cooled, inline four-cylinder that also powers the SRB 750 and the Benelli 752S. We don’t know at this point if QJ ever plans to take the QJ nameplate outside of China, or if it will remain China-only while Benelli alone does the heavy lifting in Europe and overseas. That seems like a definite possibility, but with no proof at this point to back up that theory, that’s all it remains at this point. As and when we know more—and when the TRK 800 does finally show its face—we will of course let you know.

MV Agusta Announces Partnership With QJ Motors In China
++
Got a tip for us? Email: tips@rideapart.com