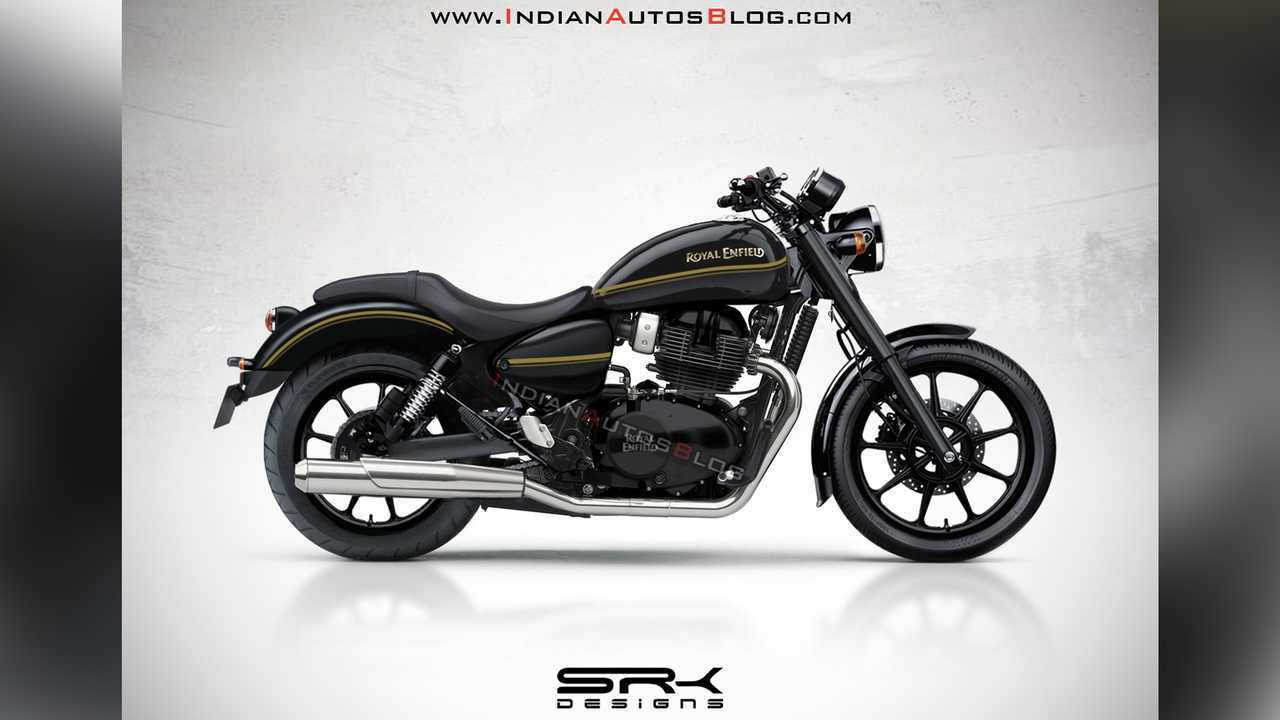 Only a few days ago, a YouTube user shared a video of what looks like a new Royal Enfield motorcycle being tested. The test mule they spotted was considerably different from the Meteor 350, the one new Enfield model we know is coming. This one looks more like a cruiser, which prompted the media to suggest this could be the production version of the KX Concept bobber the company showcased in 2018.

Digital designer Shoeb Kalania from SRK Design had some fun piecing together the limited information we were able to glean from the video. Using what we saw, Kalania came up with a drawing of what the cruiser could potentially look like.

The motorcycle in the video definitely rocked a more cruiser-looking silhouette with a saddle sitting low on the frame, almost in front of the rear wheel rather than on top. The handlebar is also much shorter and lower than on the company’s standard models.

Kalania’s design features the same dual exhaust spotted in the video which suggests the model runs on Royal Enfield’s 645cc parallel-twin engine (all the 350 models, including the Meteor only have one exhaust pipe).

There doesn’t seem to be any plans to develop a V-twin like in the KX Concept. To be fair, it makes perfect sense for the manufacturer to take advantage of its 650 platform instead. The Twins are Enfield’s best-selling products outside of India so a third model based on the same, already-certified engine is a great way to diversify the offering without having to jump through all the hoops of having a new powertrain certified for these markets.

Kalania also clearly illustrated one of the test mule’s most interesting feature: what could be Royal Enfield’s first upside-down fork. At the back, aside from the dual shock, it’s hard to make out exactly what the suspension and final drive set up is so the artist took a few creative liberties. We thought we spotted a belt drive but Kalania opted for a classic chain and a pair of allow wheels.

If you compare the video and the render, the two bikes are pretty darn close so we don’t mind Kalania filling in the gaps. The result still gives us a glimpse at what could be Enfield’s next model.