There Could Be A Yamaha Ténéré 300, If People Want It 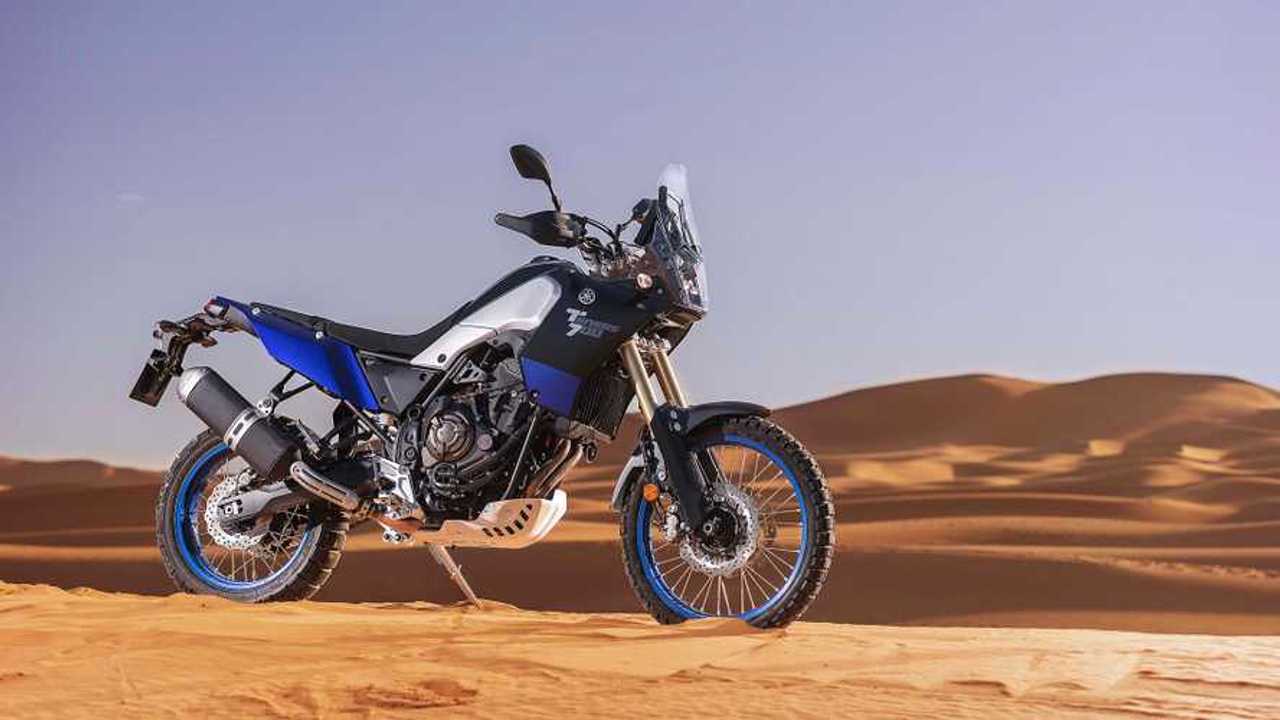 Why not complete the 300 trifecta?

After adventure bikes reached new heights in terms of displacement, size, and weight, motorcycle makers started going the opposite way and downsizing. They populated the small and mid-size segments with the likes of the KTM 390 and 790 Adventure, Moto Guzzi V85 TT, and, of course, Yamaha Ténéré 700.

The new Ténéré gave riders everywhere serious adventure envies. Not only did the bike looked the part, but it also played it very well. Considering how successful the model has been for Team Blue, what are the chances that it will get a small-displacement spin-off? By the sound of it, those chances are a lot better than we ever anticipated.

Imagine how cool a small version would look!

The folks over at Motociclismo sat down with Product Communications Manager for Yamaha Italy Fabrizio Corsi during the Yamaha MT-03 introduction test rider. They chatted about the new MT-03 (of course) but also about the small-displacement segment and future potential products.

One of the journalist’s questions revolved around the possibility of Yamaha coming up with a Ténéré 300. Corsi’s answer pointed to the fact that BMW (G 310 GS) and KTM (390 Adventure) received a lot of attention when they introduced their small-displacement adventurers, and that if the Yamaha customer base wants a similar model from Team Blue, it will be ready to answer the call.

Of course, that’s a bit vague and far from anything concrete but the fact that should the demand arise, Yamaha would be open to the possibility is a good place to start.

Considering that the engine underlying the YZF-R3 and MT-03 is a truly capable and fun little powerhouse, making the most of its creation by completing a trifecta of 300s with the addition of a Ténéré 300 sounds like a promising idea. The model could easily measure up and kick the Kawasaki Versys-X 300’s butt and, if Yamaha plays its cards right, present a serious threat to its European counterparts at BMW and KTM, especially on the price front.

Considering the Ténéré 700 goes for $9,999, it could be easy for Yamaha to aggressively price the 300cc version. Plus, the Ténéré's popularity is based on its extreme versatility rather than its plethora of equipment and accessories so Yamaha wouldn’t need to get very fancy with a smaller counterpart to make it work.

Isn’t a Ténéré 300 a tasty idea to consider? We think so. If you agree, then it’s time for everyone to bombard Yamaha with requests of a 300 ADV. Who knows what we might accomplish?