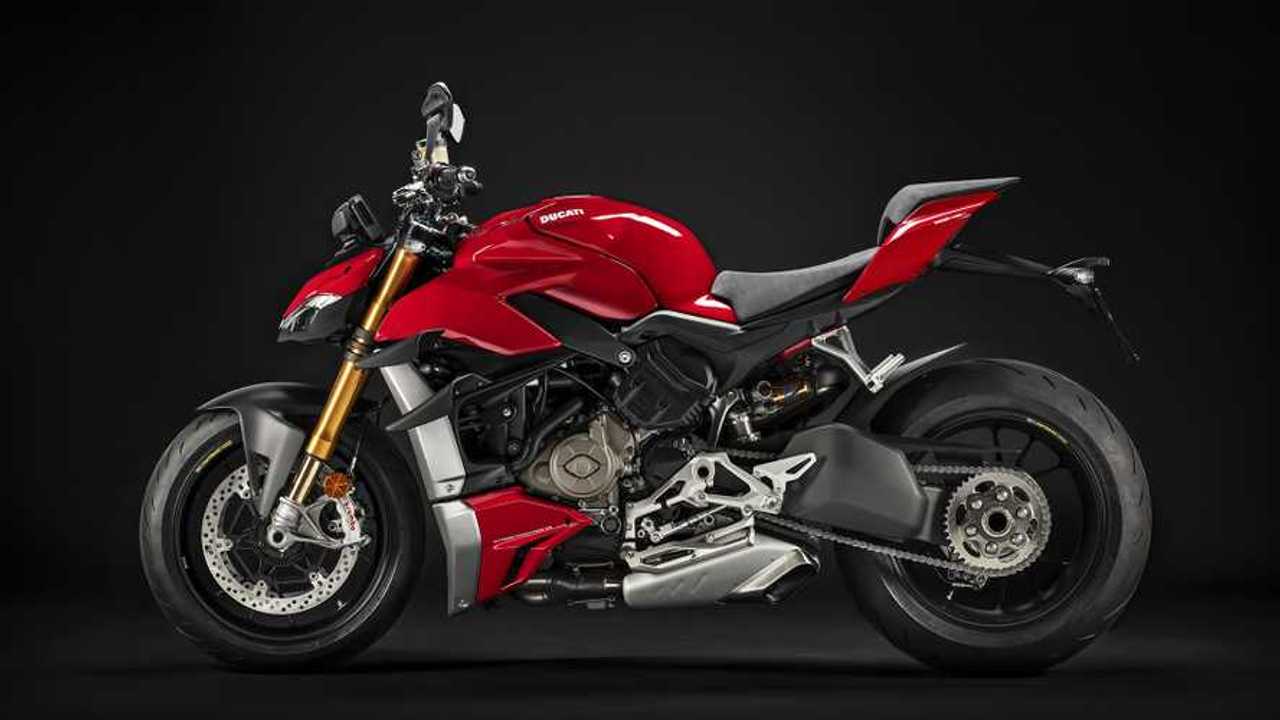 No hassle for the owners this time.

Ducati North America issued a recall about a potential flywheel problem reported on the new Streetfighter that could ultimately lead to an oil leak.

According to the defect notice published by the National Highway Traffic Safety Association (NHTSA), Ducati expects one percent of the 156 motorcycles affected to present the issue. The models involved in this recall are the 2021 Ducati Streetfighter V4 and V4 S. The units targeted were produced between July 3 and 30, 2020.

The recall documents detail how the steel bar material used to forge the flywheel potentially had cracks which remained present in the final component. The presence of cracks could cause the rotor to break, which could damage the cover and result in an oil leak. In the most extreme cases, an oil leak could have caused a loss of control and possibly also a crash.

Thankfully, according to the NHTSA, there have been no reports of such incidents or any related crashes—the bikes haven’t been delivered to customers yet and remain in what the Association refers to as “Ducati’s network”.

Dealers will be notified between August 12 and 19 and recall number SRV-RCL-20-002 is expected to begin on September 14, 2020, at which point dealers will be required to check the Streefighters in stock and their flywheel’s production date and replace the component if necessary. The manufacturer doesn’t confirm whether this will cause delays in the bikes’ delivery.

As for production units, the problematic batch of components has been isolated so that subsequent product isn't affected and the following batch meets the standards.

Should they have any questions or concerns, owners expecting the delivery of their 2021 Streetfighter are invited to contact the Ducati customer service at 1-888-391-5446. They can also reach out to the NHTSA’s hotline available 1-888-327-4236 or check for further information online at nhtsa.gov.