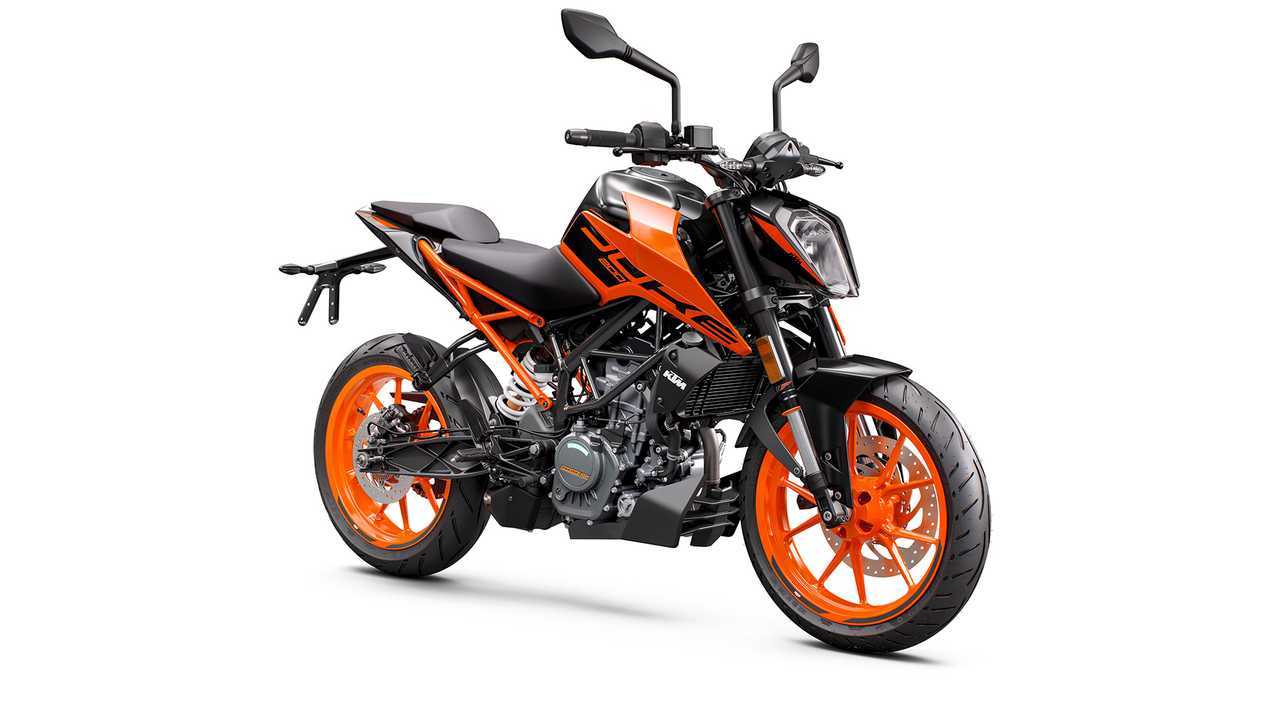 It's in the papers.

Only a few days ago, rumors that KTM would bring the 200 Duke to the U.S. surfaced when anonymous reports whispered in one of our colleagues’ ears that the export was in the works. Aside from the hearsay, there was no concrete proof of this until we turned to the list of motorcycle models certified for 2020 by the California Air Resources Board (CARB).

Nestled between the 2020 KTM 390 Adventure and 2021 350 EXC-F certifications, a certain 200 Duke was recently added to the list of approved models. Interestingly, the model is listed as a 2020 model-year rather than a 2021 which supports the earlier theory that the bike will be a late addition to KTM’s lineup.

The baby Duke rocks a 199cc, four-stroke, single-cylinder mill rated at 25 horsepower and 14.38 lb-ft of torque. At 308 pounds dry, the little orange firecracker is an interesting addition to KTM’s American lineup.

KTM To Welcome Its First 500cc Twin Motorcycle In 2022

As we recently discussed, the bike has been around for almost a decade now and has been a popular entry-level choice in Asia. The North American markets, on the other hand, haven’t been as hungry for inexpensive, small-displacement motorcycles mainly because of the way we use bikes over here.

While some riders out there commute daily on their motorcycle, most of us don't. Motorcycles are considered more of a luxury and/or a hobby and are usually dedicated to joy and Sunday rides. In countries such as India, the Philippines, and Thailand, motorcycles and scooters need to be easily accessible because that’s how people go around.

In that context, the small KTM makes perfect sense. Here in the U.S., however, it might look like an ambitious bet. That being said, considering KTM fully expects the two-wheel market to thrive due to the pandemic, the addition of a model that’s even more affordable than the 390 Duke could be a strategic decision to try and seduce a tier of the population that wouldn’t otherwise consider a motorcycle because of the costs involved.

What pushed KTM to make this call, we likely won’t find out until the model is formally introduced. Considering the CARB filing, it shouldn’t be much longer before we see the little KTM 200 Duke show up in our showrooms.