Update: Whatever Happened To Jarvish? 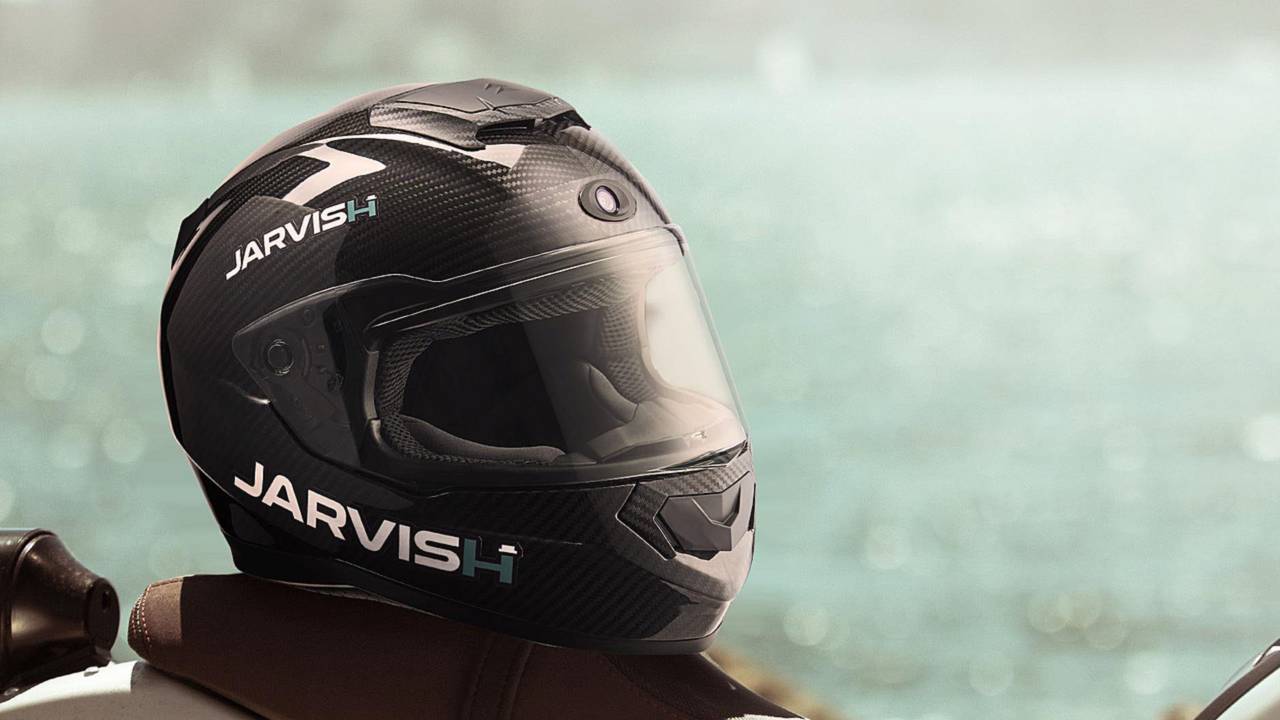 Update: After attempting to get a conversation started with the people over at Jarvish, we were finally able to have a chat with some of the core members of the team and discuss the status of things. Check out what we discussed in "The Update" section. -SG

Do you remember the 2018-2019 smart helmet fad? All of a sudden, everyone jumped on the bandwagon, mainstream manufacturers and startups alike. Even Shoei got dragged in and introduced a smart lid prototype at CES 2019. For the record, a year and a half later and there’s still no sign of a smart Shoei anywhere.

Even here at RideApart, we went a little bananas over the possibilities fully-loaded helmets offered. With new helmet companies sprouting almost every week and attempting to one-up one another on the technological front, it was hard not to be at least a little curious and a little excited about the new trend.

Things have since significantly slowed down and while we still see new concepts surface every so often, the smart helmet gold rush seems pretty much over. That being said, there is one project our readers have been consistently curious about.

Meeting the X and X-AR

After introducing the Jarvish X and X-AR, the startup followed up with the X Tron.

At the end of 2018, Taiwan-based startup Jarvish launched the X and X-AR smart helmets via Indiegogo and Kickstarter crowdfunding campaigns. The company introduced its products as the “world's smartest helmets” and looking at the list of features, we were tempted to believe it.

The two helmets’ features include a built-in 2K front-facing camera, rear camera, an integrated comm system, voice-activated commands, wireless charging, call management, navigation, head-up display, and active noise cancellation. While some of these features are already individually available in other helmets, we had yet to see someone bunch them all into a single product.

In addition to the full suite of techs and systems, the X and X-AR's shell is made of carbon fiber, paired with an anti-scratch, anti-fog, and anti-glare shield. According to Jarvish, both models received a slew of safety certifications, including ECE 22.05, DOT, and CNS 2396, CNS 13438, and CNS 13439 (Asia).

This all sounds promising and the campaigns worked really well. The perks sold like hotcakes and within days, the project received more than three times its goal of $50,000 in funding. As we write this, that number has now reached over $1.2M between both crowdfunding platforms. Looks too good to be true, right? Thing is: it could be.

Are Smart Lids Only A Fad?:

The New Sena Outrush Is A Super-Affordable Modular Smart Helmet

Where Things Get a Little Iffy

According to the timeline included in Jarvish’s sales pitch, the company has been working on its smart helmet project since 2014. The company also states that by the end of 2017, a few thousand units of a “smart helmet” were “released”. It’s unclear what that means but it suggested that the company had been down that road before and that its new pitch could be trusted.

When the Kickstarter campaign launched in 2018, backers were given an early access special on the purchase of the helmets with a seductive price cut (36 to 43 percent off depending on the model and on the offer) as their perk. Backers still had to spend a significant amount of money to support the company and receive a helmet in exchange ($400 for the X and $900 for the X-AR) but considering the MSRP suggested by the maker, that looked like a pretty good deal.

The initial ETA for backers to receive their perk was April 2019 for the X model and September 2019 for the X-AR. In the FAQ section, the startup confirmed that the X would start shipping in August 2019 and the X-AR in the following September.

From the looks of it, however, people are still waiting and becoming impatient. According to comments posted on the company’s Kickstarter and Indiegogo pages, disgruntled customers have started pulling their pledges and asking for refunds.

We attempted to get a partial portrait of the situation by digging into the latest updates the company shared on its platforms. It's been fairly active on that front, mainly to advertise all the goodies its helmets have to offer. Between all the marketing pitches, however, we found a few messages addressing the progress.

On February 18, 2020, the company shared an update stating that the project’s first five backers were offered to test the Jarvish X helmet, and that they had accepted the offer. A March update followed up and listed the names of six backers (instead of five) it would ship the lids to. At this point, we were still in the whole “customer testing” phase.

Oh, and while everyone was still wondering whether they’d see their helmet (or their money) at all after a year of waiting, Jarvish thought the timing would be ripe to introduce another helmet model, the Angelo X.

Fast-forward a few months and one pandemic later, on June 12, 2020, Jarvish confirmed that a shipment of Jarvish X helmets was ready to be sent. The post included a list of 27 names, identifying the backers the shipment would be sent to.

While that certainly looks like a silver lining, it also sounds like the company was rushed to send the lids as it had to explain to customers that not all promised functionalities are available.

“We are also sorry that JARVISH X is missing Alexa function, as previously mentioned, JARVISH X in its current configuration is not MFi compatible, even we do a lot of work before the formal shipment, it still fails. Without Alexa function, JARVISH X still can work with OK Google or Siri. A lot of functions are still workable such as music, video recording, navigation, etc., to enhance the riding interesting,” the message read.

Now, we don't know whether the company will be able to ramp production up and increase the size of the shipments and their frequency, but considering the project has the backing of 1,415 people, we can only hope it will.

After several attempts to get an update from the company with relevant information we could communicate with our readers, Jarvish's parent company KDH Design CEO Jeremy Lu reached out to us and connected us with the start up's upper management. We got on a call bright and early on a Friday morning with Jarvish's Angel Yen, PR Cecilia Ho, and VP Scott Chu.

The first thing we discussed was the progress on the X-AR. As we wrote earlier, people who funded the smart helmet project and purchased the X-AR perk had yet to get an update on the status of their orders.

Scott admitted that they are facing more challenges than anticipated with their premium product. While the helmet itself is homologated, there are safety concerns regarding the retractable heads-up display. They are currently attempting to find a solution to the problem, but because the display remains a hazard, the model hasn't started shipping yet.

As we write these lines, the company has seemingly found a solution to the problem and expects to be able to apply the fix and put a new X-AR prototype to the test within a few weeks. They then expect for the model to hit mass production toward the end of the year, beginning of the new year.

As for the X and the Angelo X models, the company has been consistently shipping batches to waiting customers. While the process seems particularly slow and meticulous, the team confirmed that they plan to continue producing and shipping the helmets in small batches.

This not only ensures that every helmet sent out meets their quality control standards but it's also a way to make sure that the shipping process remains as smooth and streamlined as possible. Angel confirmed that once the X-AR is ready to be sent to buyers, they will proceed the same way.

She added that, that the time of the interview in mid-September, the company had already fulfilled close to half of the orders and that by October, they expected to have completed them all.

Based on the timeline the company provided two weeks ago, by now, most orders should have been fulfilled. In addition to catching up to the X and Angelo X orders, Jarvish also introduced a new product on October 1, 2020.

The new helmet dubbed Flash X is a chin-less, stripped-down version of the Jarvish X helmet. It features an ABS shell, a 1920x1080p camera, Bluetooth connectivity and voice commands, noise cancellation microphones, and even warning lights at the back of the head.

The new Flash X can be reserved on Kickstarter and Indiegogo for $299 and shipping is expected to begin in December, 2020.