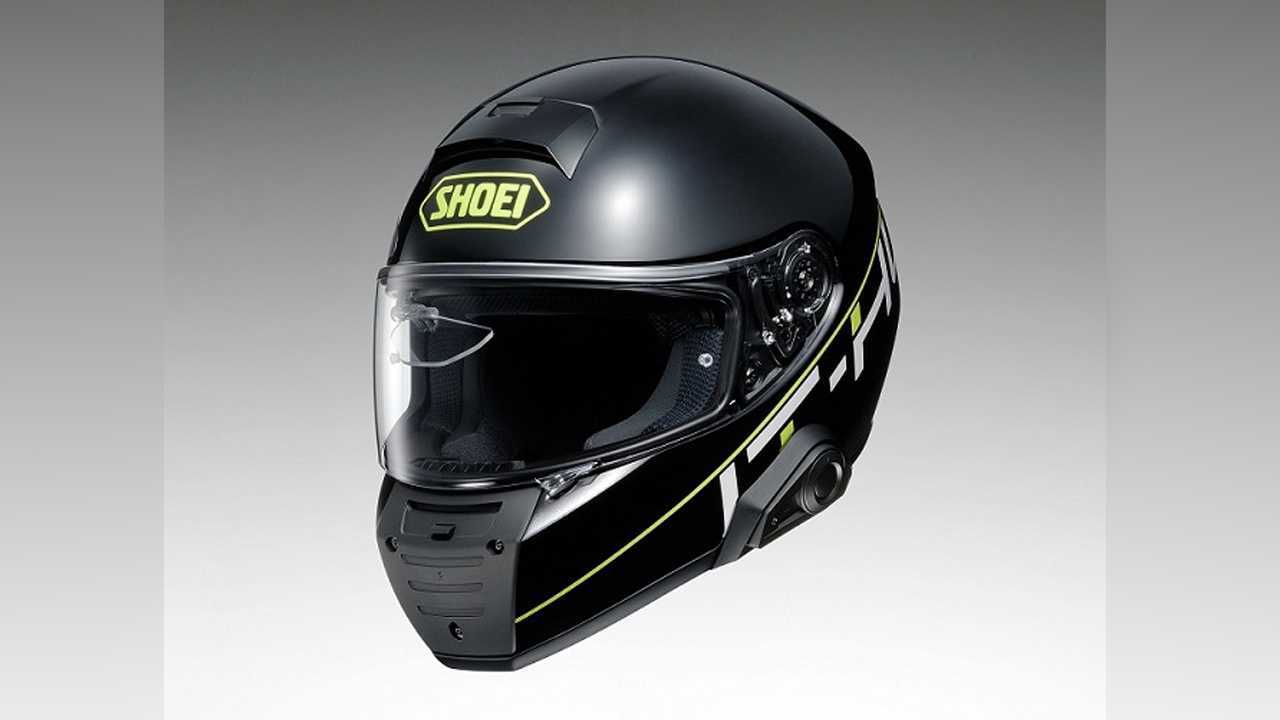 One of the big brands is finally making a move.

Smart helmets are gaining popularity thanks to a number of startups selling the dream of fancy integrated mics and HUD with navigation and rearview camera to the masses. Until now, however, the biggest players in the industry hadn’t dabbled with the technology too too much—only a flight of crowdfunded projects had made strides until now. This could be about to change: one of the market’s biggest names in motorcycle lids has shown a concept at CES: the Shoei IT-HT.

ARE YOU SMARTER THAN A HELMET?

While it might sound like a clever wink at the Star Wars Empire’s fleet of artillery vehicles nomenclature, the IT-HT is actually Shoei’s first venture in the realm of smart helmets. The company, in collaboration with electronics manufacturer NS West, showed its first concept at the Consumer Electronics Show in Las Vegas.

The IT-HT introduces the concept of heads-up display for the first time in a helmet sporting the Shoei logo, a first but admittedly small step for one of the biking gear giants. Considering how practical a HUD can be in a car, it’s about time the technology made its way into helmets since there very clear benefits to keeping your eyes on the road as a motorcycle rider. On the downside, however, the HUD is the only technology this lid receives and we don’t know whether that’s enough.

In the past year, we’ve been fairly spoiled when it comes to high-tech helmets. Startups such as Jarvish, CrossHelmet, or Skully are three steps ahead of Shoei and are working on production helmets that will, of course, integrate a HUD, but other features such as a rearview camera, Bluetooth connectivity, voice commands, music streaming, and even integrated ventilation as well.

Granted, these new-born companies aren’t as well established as Shoei is and chances are the brand might beat them to the smart helmet punch, however, what Shoei has to offer is underwhelming. The Shoei and NS press release only mentions the HUD—no details about potential smartphone pairing and navigation. The release focuses on the fact that riders will be able to keep their eyes on the road and that the technology is coming soon.

With the potential of all the other exciting new technologies making their way to the market thanks to the startups’ innovation, HUD alone almost sounds weirdly insufficient. So you can either go for what will most likely be a very expensive but trusted helmet with HUD technology or take a gamble and wait for a company like Jarvish to start rolling out its much smarter product.