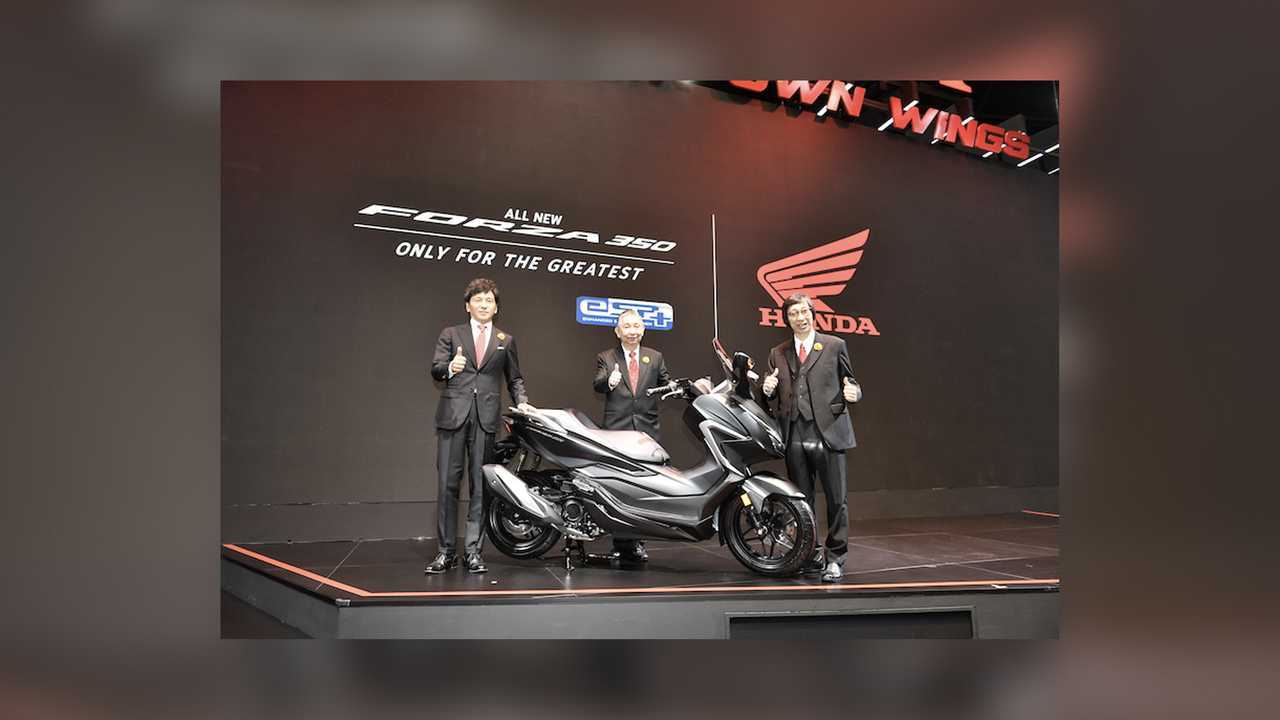 In March, 2020, Honda’s popular Forza 300 maxi scooter received a few, minor updates for the new model-year. At the time, nothing led us to believe that Honda had a complete model overhaul in the works until mid-July, when Honda Thailand released a teaser of an incoming Forza 350.

Only a week after launching the teaser, the manufacturer formally unveiled a new and improved version of its maxi scooter at the Bangkok International Motor Show—one of the only in-person events left on the 2020 calendar. The overhauled model receives several design, dimension, and powertrain upgrades. Here’s what the new Forza 350 has to offer.

The most important and obvious change to the Forza is, of course, the bigger engine. Now a 330cc, liquid-cooled, single-cylinder, the new mill comes mated to a CVT transmission Power figures have yet to be unveiled, but it’s safe to assume that they will supersede the 300’s 24 horsepower and 20 lb-ft of torque.

The Forza 350 is available as of now in Thailand, and we can expect the model to be introduced to showrooms across Asia . Our European colleagues also expect the 350 to make its way to the Old Continent, however, we don’t expect this maxi scooter to cross the pond since the 300 was pulled from the U.S. lineup four years ago. Then again, we weren’t really expecting this new Forza so who knows, maybe Honda will surprise us in the U.S. as well.