Automatic for the people.

Say the words “automatic transmission” around some riders, and you’ll get an instant sharp intake of breath. There may even be audible hissing to accompany it. While there’s often more than a little snobbery behind those reactions, there may also be more practical concerns. After all, for years, attempts at automatic motorcycles (or lots of twist ‘n go scooters) were disappointingly sluggish when you’d twist the throttle. Regardless of your transmission choice, who wants that?

That’s not even mentioning the significant pride riders feel at nailing every single control input, and then popping off with just the right combination at just the right time. If you grew up playing video games like I did, there is no serotonin boost quite like cracking that code. Thing is, times and technology change. Electric motorcycles certainly don’t need to mess with the added complications of gearboxes—so most of them don’t. With their instant power, you probably won’t find too many riders who mind.

At the end of the day, we all enjoy different bikes for different reasons. As technologies like Honda’s Dual Clutch Transmission (DCT) and MV Agusta’s Smart Clutch System (SCS) have advanced, some riders found that bikes so equipped were exactly what they wanted. Motorcycling is a big tent, full of lots of bikes to make a wide variety of riders happy. Isn’t that what we all want? Let’s take a look at a handful of automatic transmission bikes for sale in 2021.

With stunning streetfighter looks, the Eva Ribelle makes a claimed 145 horsepower and 159 lb-ft of torque. Top speed is limited to 125 mph, and claimed 0 to 60 time is 2.8 seconds, dropping to 2.6 seconds if you choose the RS version. Energica’s range testing resulted in a claimed 143-mile combined range rating, and its DC fast charge mode can supposedly get you to 80 percent of a full charge in just 40 minutes, which makes it perfect to charge during your lunch break. Base price starts at $22,400, but think of all the money you’ll save on gas while you’re out having ridiculous amounts of fun.

If your fondest wish is to tour on an MV Agusta 798cc triple, then the 2021 Turismo Veloce is for you. For the redesign, MV went hard on making long hours in the saddle more comfortable, both for rider and passenger. Ergonomics are more conducive to spending tons of time astride your MV, and 34 liters of storage space inside each pannier also makes trip-planning easier.

The Euro 5-compliant revision makes a claimed 110 horsepower at 10,150 rpm, along with 62 lb-ft of torque at 7,100 rpm. The Turismo Veloce comes in three variants: the Rosso, the Lusso, and the RC, with the Lusso and RC models offering available SCS as an add-on. MV really leaned into the Rekluse-designed SCS unit as a beautiful feature, choosing to show it off proudly with a clear case. For 2021, it comes with a stronger machined billet hub, so you can literally tour for days.

The SCS unit is a semi-automatic one rather than fully automatic, but maybe that middle ground is what you’re looking for. The top-of-the-line Turismo Veloce RC SCS will run you about $28,400.

Some say the Gold Wing is the ultimate touring comfort standard-bearer, particularly if you like to do long journeys with a passenger on board. It’s powered by an 1,833cc liquid-cooled, flat six-cylinder engine, and has a shaft final drive for total ease of maintenance. Android Auto and Apple CarPlay come standard, and other touring enticements like heated seats are available options.

If you want to make those long-haul trips even easier, you can add on Honda’s automatic dual-clutch transmission. The base GWADCT starts at $25,100, while the Tour will run you $29,300 and the Tour Airbag bumps the price up to $32,600.

Honda’s stalwart adventure tourer puts a more rugged spin on the “touring” designation. Powered by a 1,084cc parallel twin, it combines the best of both worlds for on- and off-road types of touring. Want to do both? That’s cool, it has a long-travel suspension. Want to munch miles on the highway? That’s cool, too, because it has cruise control. You say you want to try the DCT version? You’re in luck, because the regular 2021 Africa Twin DCT starts at $15,199, which easily makes it the least expensive option on this list. The Adventure Sports ES DCT does cost extra, though.

Prior to the 2021 release of the Pan America, the all-electric Harley-Davidson LiveWire was easily the most recent example of the Motor Company stepping outside its well-established comfort zone. For that, we applauded it—that, and the fact that it’s also a lot of fun to ride. It’s powered by Harley’s Revelation powertrain, which outputs a claimed 105 horsepower and 86 ft-lbs of torque. Combined range is 95 miles, and using the DC fast charger will get you to 80 percent of a full charge in 40 minutes, or 100 percent in one hour. Pricing starts at $29,799.

While they aren’t the least expensive bikes available right now, anyone looking for a new automatic motorcycle option in 2021 has some definite choices, across multiple segments. Also, both Honda and MV Agusta offer additional DCT- and SCS-equipped models, so you may want to look into those if the bikes on this list aren’t exactly what you’re looking for. Additionally, Energica’s entire lineup could go on this list, so if you’re thinking electric but not streetfighter, there are other models that also fit this brief. 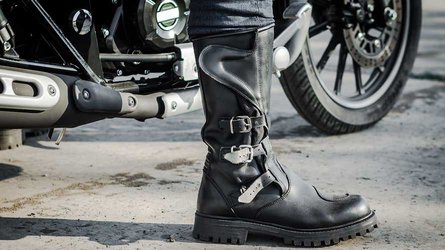 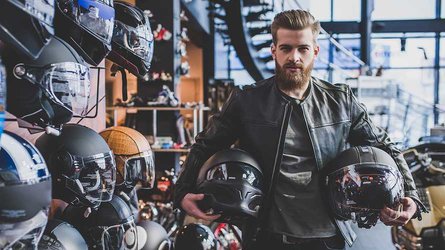 5 Best Motorcycle Helmets (2021 Review)
By: Janaki Jitchotvisut
++
++
Got a tip for us? Email: tips@rideapart.com