Tons of kit for a bike with so much potential out of the box.

For the past couple of weeks, we’ve been following Kawasaki Indonesia’s build progress on a track-spec version of the incredibly hyped up sportbike, the ZX-25R. In and of itself, the ZX-25R is proving to be an incredibly capable motorcycle due to its incredible balance. However, as is the case on nearly all motorcycles, things can be tweaked in order to skew its performance towards one particular task: racing.

We have already taken a glimpse into what can be done to the ZX-25R in the last two articles featuring Kawasaki Indonesia’s modifications. They started out by attacking the bike’s ergonomics. Installing a set of Sniper clip-ons as well as more aggressive rear sets, the ZX-25R’s ergonomics were transformed from sportbike to race bike. They then proceeded to install a gorgeous Yoshimura Hepta Force titanium system specifically for the ZX-25R. This shredded significant weight, added substantial performance, and gave the bike an incredible singing voice.

What Kawasaki Indonesia Has Done So Far: 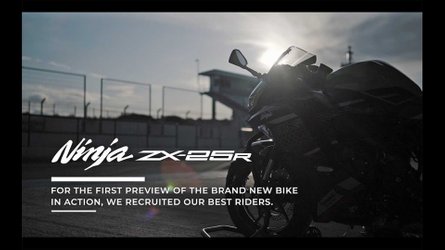 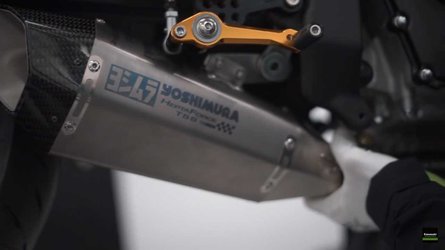 An additional upgrade to the ZX-25R has been revealed a few days ago. Going full force into race bike territory, Kawasaki Indonesia has gone ahead and replaced the bike’s bodywork with full carbon fiber fairings, fenders, seat cowl, and more. Courtesy of A-Tech, the carbon fiber bodywork does not include headlights, as such we’re pretty sure this kit is for racing use only.

We reckon that Kawasaki Indonesia isn’t quite finished with their race bike just yet. However, given the fact that they’ve used off-the-shelf aftermarket parts for their project bike, owners of the ZX-25R undoubtedly have a plethora of upgrades to choose from. Having gone for the ergonomics, exhaust, and bodywork, the team at Kawasaki Indonesia has yet to touch the wheels, brakes, suspension, as well as tuning or remapping the ECU to eke out even more performance. Nonetheless, we’re pretty sure they’re going to release videos on more modifications in the weeks to come.