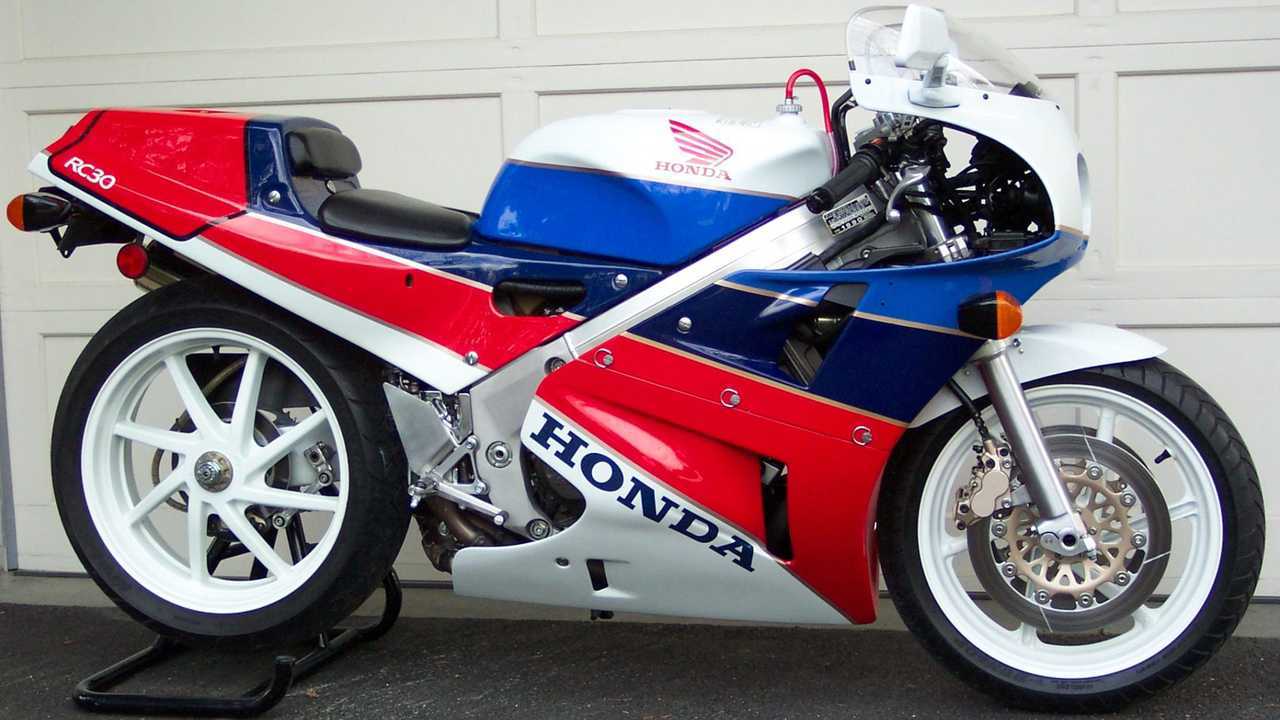 You don't see these vintage superbikes for sale every day.

It’s a common saying with supposedly speed-hungry motorcyclists: “I just want a race bike, with lights.” In reality, the bumps and potholes of public roads mean a race bike might not be that much fun on the street. If you really want to give this idea a shot, though, then here you go: Buy this 1990 Honda RC30.

The bike’s look is straight from the late ‘80s, but that’s not a bad thing, especially as those machines seem to be gaining in popularity. The RC30 had a DOHC 748 cc V4 engine, with trick internals to boost power, and a close-ratio six-speed gearbox. The gear-driven cams drove a 16-valve top end. Claimed output was 118 horsepower.

The single-sided swingarm would have been a rare sight in the late 1980s. The adjustable Showa suspension would have eclipsed the equipment on most of the era’s superbikes.

Today’s halo bikes use carbon-fiber in the chassis, but the RC30 made do with an aluminum twin-spar frame. There’s a set of dual-disc brakes up front (with two-piston calipers) and a single-disc brake in rear. Remember, even if it was the best available at the time, this is still ‘80s tech (including a weird 18-inch rear tire!). Leaning ABS, launch control, wheelie control and the like were decades away. The brake systems have quick-release fittings, for at-the-track maintenance.

The ad doesn’t say whether or not this machine was raced; it has 1,600 miles on the odometer, and the seller has owned it since 2008. It certainly looks clean, and if the ad’s correct, it sounds like it’s been kept up over the years. Bidding’s at $35,000 now. Although COVID-19 concerns may keep some buyers out of this market, this is a clean example of an era that’s becoming collectible. It’ll be interesting to see what the final price tag is.