Start Them Young With The Electric Greenger G12

This will surely drive the next generation of riders.

If you're a motorcyclist who just so happens to be a parent as well, then I'm pretty sure it's one of your goals to get your son or daughter into the hobby of riding as well. After all, the sheer joy of riding a motorbike is best shared with the people you love. So, if you have a toddler at around the age of seven or eight years old, naturally, the first step into the wonderful world of motorcycling would be getting them to ride off-road. The fact that getting your kid into bikes will make it easier to convince your wife to let you get that brand new KTM 690 Enduro only comes second place (yeah, right).

Anyway, jumping back to the topic at hand, the folks at Greenger Motors, a California based electric motorcycle manufacturer, are advocating a very unique stance on riding: family. Greenger's statement on their website reads: "Greenger is trying to tell parents that they need to stay with their children. The most important thing for people to get a Greenger isn’t just some advanced technologies  and components – it’s family." With a line of electric dirt bikes designed just for kids, Greenger indeed makes it easier for families to do just that. 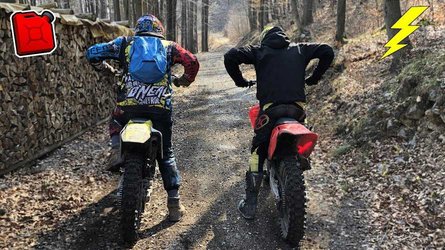 Is An Electric Dirt Bike Better Than A Gas-Powered Dirt Bike?
⠀ 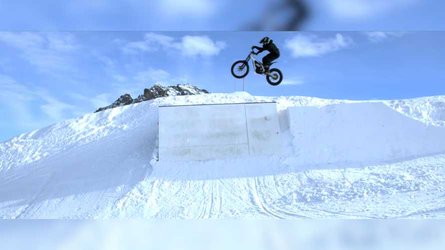 The Greenger G12 comes in two variants: a sporty G12S which features aggressive motocross inspired graphics, and a G12R which looks much more understated, but packs the same nifty tech as the G12S. The Greenger G12 is no slouch for a bike a seven year old can hop on and ride off with. So, parents, do take caution in making sure you instil safe riding into the mindsets of your kids. The G12S has a top speed of 28 miles per hour, while the G12R is slightly slower at 26 miles per hour. Both machines are powered by a Panasonic 48V 13Ah Lithium-ion BMS Integrated battery giving the little dirt bike a mileage of up to 25 miles on a single charge.

The G12R retails for a reasonable $1,599, while the racier G12S retails for slightly more, at $1,699. Honestly, I think the hundred dollars is worth the cool graphics and added top speed of two miles per hour, but that's just me. Check out how cool this little bike is in the video above.