Is An Electric Dirt Bike Better Than A Gas-Powered Dirt Bike? 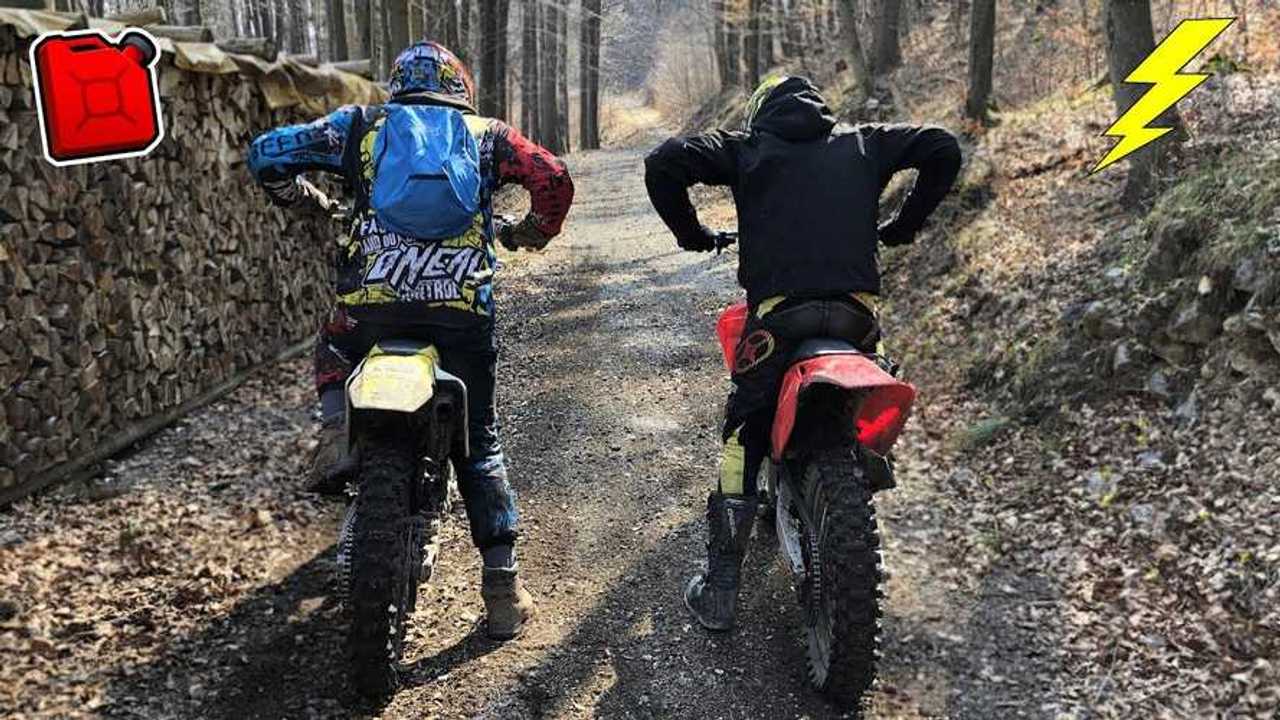 Many believe that electric powertrains are the future for all vehicles. While two-wheeled adoption has been sluggish over the past decade, electric dirt bikes have been flooding the market as of late. Brands like KTM and Husqvarna lead the major manufacturers while less known outfits including Sur-Ron and Torp bring intriguing alternatives to the table. Back in March 2019, Honda revealed its electric dirt bike prototype but Slovenian YouTuber FRAYER wasn’t willing to wait for Team Red to go to market. Instead, he appropriated a Zero motor to convert his own CR125 into an electric trail ripper that can hang with its gas-sipping counterparts.

We’ve featured numerous off-road battles between electric and internal combustion dirt bikes over the past year. From a Sur-Ron X versus KTM Factory shootout to an e-bike spanking a bunch of gas-powered competitors, we’ve seen our share of practical comparisons between the two platforms. What separates FRAYER’s YouTube video from the rest of the heap is a focus on what makes us love both electric and petrol-fueled dirt bikes.

Opening on a Suzuki RMZ450 firing up, the revving engine’s growl, the gearbox’s prominent clack, and the chain’s slack jiggle fuel a visceral response that reminds us of what makes “dirty” dirt bikes so endearing. Conversely, the electric model adds nothing additional to the soundtrack. Aside from flinging dirt toward the camera and the sound of rocks and mud crushing under the tire’s torque, the e-bike is deadly silent. The electric is laconic, the fossil-fueled dirt bike is loquacious, but both are appealing.

When the video gets down to racing, the electric-converted CR125 takes the holeshot—easily. Claiming more than 500 lb-ft of torque, it’s easy to see why FRAYER overtakes the 450cc dirt bike out the gates. After a few blow-by shots, the YouTuber stalks the RMZ before blasting past its competitor on the inside. Eventually, the video turns into a showcase of both dirt bikes enjoying the rough and tumble off-trail terrain.

Who is the winner? We’re not sure. Was a winner ever intended? Who cares. Whether you prefer a gas-powered motorcycle or an electric powertrain, the real message of the FRAYER’s video seems to promote both means of conveyance. Regardless of what you ride, just get out and ride.