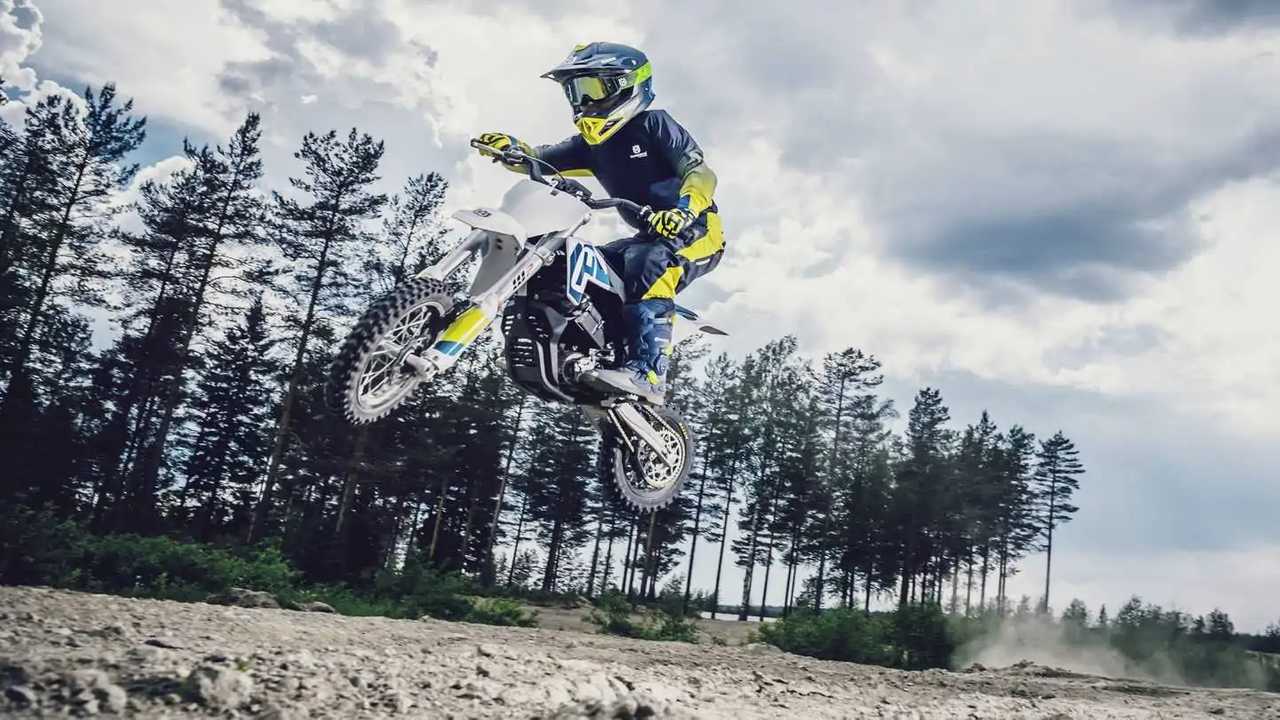 The best way to start is to start small, and the major motorcycle manufacturers are living by that old proverb. Husqvarna has launched their entree into the world of electric motorcycles, and it is tiny and adorable.

The EE5 is a “minicycle” with knobby tires and five kilowatts of power, which puts it in the 50cc class of dirtbike. This is no bare-bones ride, though.

Sure, it’s aimed at kids and young beginner dirt riders, and it is small, but the bike has an adjustable suspension, and that adjustability includes the ride height. Since it’s a dirt bike, its range isn’t measured in miles, but in minutes. Take it easy on this little thing and you’re looking at around 2 hours of moderate fun. Whack the throttle open and you can get that charge to give it up after only 25 minutes. Happily, the bike’s charger will fully refill its battery completely in only 70 minutes, so even if you’re really working it, about an hour break isn’t a terrible thing when it comes to EVs.

The bike ships with 35mm WP XACT forks that supply 205mm of suspension travel. That’s eight inches, which is a lot for such a little thing. The rear is sprung with a fully-adjustable WP sock. The bike has hydraulic brakes front and back, and it even has five different ride modes to accommodate both the absolute beginner rider as well as the kid racer who is ready for some extreme back-yard shenanigans.

These bikes will reportedly be available on the US market this coming fall. They may be racing (see what I did there) to compete with KTM, which is also aiming to release a 50cc equivalent dirt racer this October. KTM’s electric bike will compete in the AMA Supercross junior class. Husqvarna, so far, has no such agreements, but if they can get their minicycle to market first, they may grab an edge in the market. It’s the Swedes versus the Austrians in an epic mini bike battle!

If the EE5 looks like something you’re going to need to purchase as soon as it’s available, keep in mind that the manufacturer also offers a full line of matching clothing and gear for your little Husky fan. The Husqvarna kids’ line of “Railed” gear is just as adorable as this little electric dirt bike. Keep in mind, though, that the manufacturer has yet to announce pricing, so maybe don’t get your kids’ hopes up quite yet.