How do you find good riding gear for an eight-year-old that's not motocross stuff or cheap novelty junk with not protective qualities? It's hard to do.

2018 has been a big year for my eldest daughter. She turned eight, started karate, made her first trip unaccompanied to the corner store with money and a list (and did very well I might add), and even did her fist stint home alone for a few minutes while I ran her sister to camp. That's some serious big-girl stuff right there. It's also the year that she gets to ride a motorcycle for the first time. Well, in a sidecar anyway, but the point stands. See, in a couple weeks she'll be starring in a Ural-related story I'm writing. Since she needs some kid-sized gear to ride in that sidecar, we set off to find something safe and relatively stylish (and fun) that would fit a pocket-sized eight-year-old.

WEAR: The Best Motorcycle Jeans for Style and Protection

Guys, shopping for kids' gear is infuriating. Our day started with a drive down to Clutch and Throttle Detroit—owned and operated by an incredibly rad dude named Brad Touchette—a relatively new bike shop down in the city that sells quality riding gear and does a little bike customization on the side. Brad opened the place late last year in an effort to serve the woefully underserved motorcycling communities in the city, and so far he's done a hell of a job. I've been talking to him on and off for a while now about kids' gear, but hadn't really come up with anything I liked for the kid. It was all either motocross stuff—which I think is all ugly as day-old sin and not appropriate for street riding—or no-name Chinesium helmets and novelty lids. None of this would do for my tsarina, so I figured we'd try on the smallest adult gear we could find and see what happened. Since she didn't have camp today and I had some time between stories, the kid and I headed off to try on some gear. 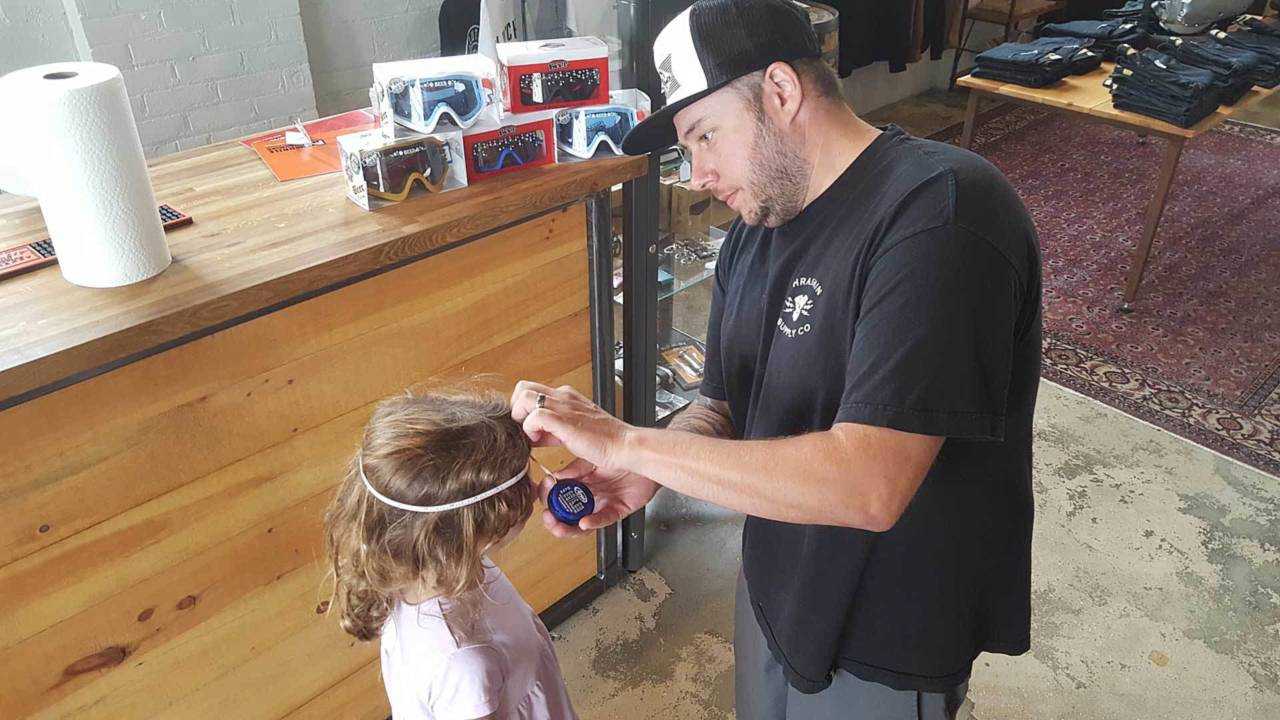 Once we got there and told Brad what the story was, we got right to work finding something for the kid. We started off by measuring her head. As we suspected, she's got a small melon. Smaller than a typical small or XS adult helmet, but we were not deterred. After talking about options for a bit, Brad let the kid try on some new Bell helmets. 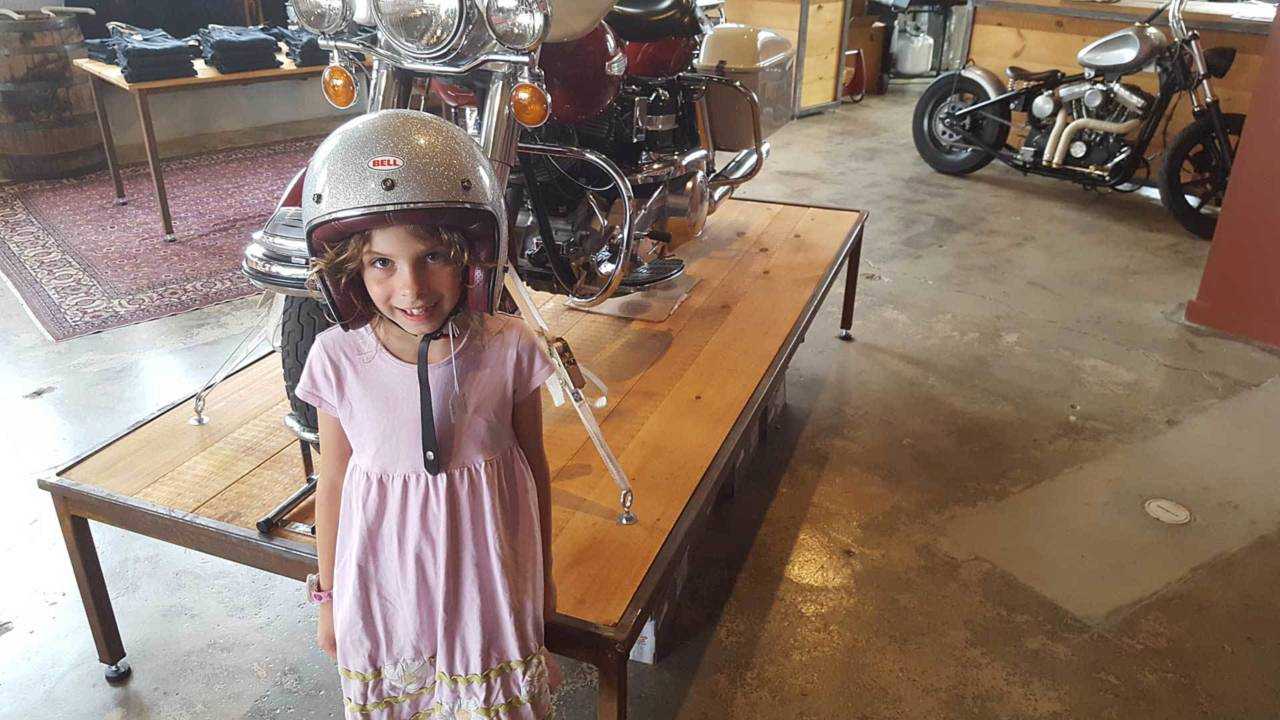 This is Katerina. She likes airplanes, mermaids, unicorns, Pusheen, karate, and good looking helmets that fit worth a damn.

YOUR: Atwyld Gear Takes You to Your Comfort Zone

First we tried a Custom 500 three-quarter for the size. The Custom 500 in small was just too big for her, which was a pleasant surprise. It wobbled a bit too much when she shook her head, but she couldn't pull it off over her head with the strap cinched up so that was a good start. Then we tried a sparkly silver Bullit in small to see how she dealt with full-face lids. It fit pretty much the same as the Custom 500 and she was fine thankfully, no freaking out or claustrophobia or anything. Since the Small helmets mostly fit her, we figured an extra small would do the trick. What helmet to get, though? 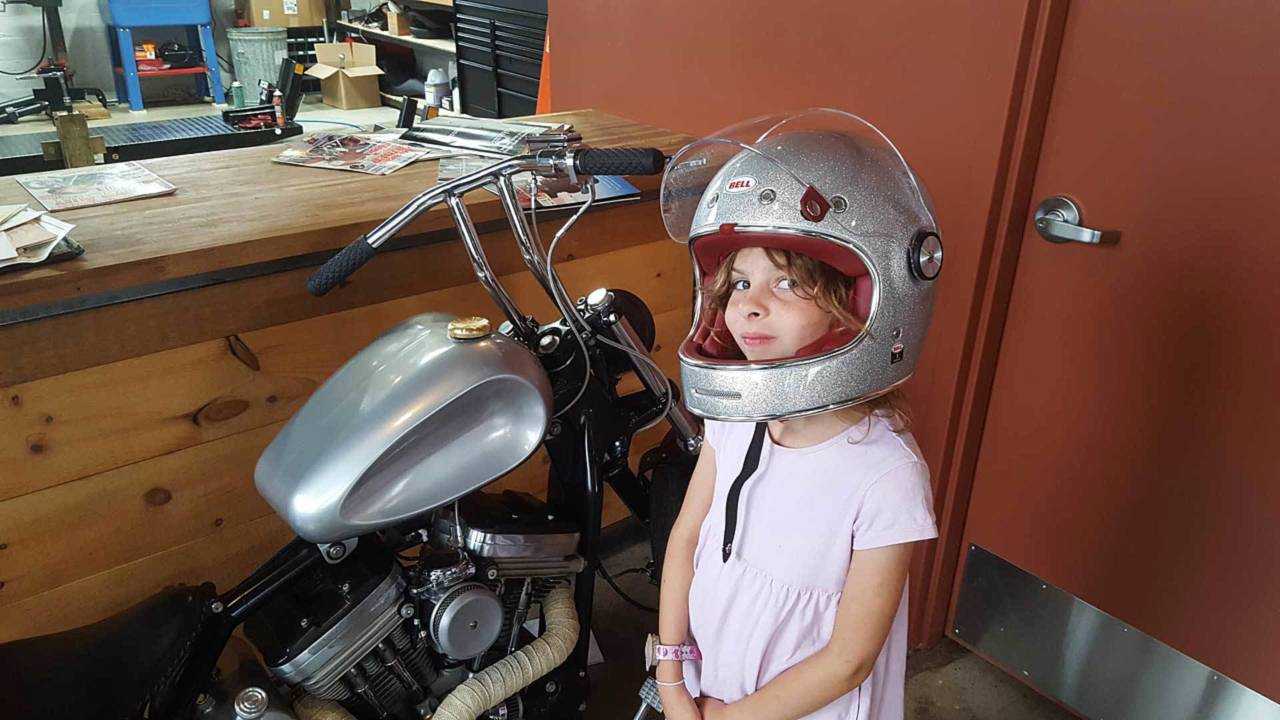 Not even a little bit spooked by the full-face lid.

After some hemming and hawing we settled on an extra-small Bell Qualifier with red, blue, and yellow stripes. Not a bad looking helmet, safe enough, and pretty affordable for something she's going to grow out of in less than a year. After we settled on the helmet, we went for jackets. Much like the helmet situation, there aren't any good options for kids that aren't motocross stuff or junk made out of garment leather. After a bunch of pawing through stock, we found the smallest jacket Brad had in stock—an extra-small Warrior Princess by First Mfg. The jacket looked fantastic, was made really well, and even had spots for add-on armor, but it was sadly way too big for the kid. Well, shoot. It was worth a try though. 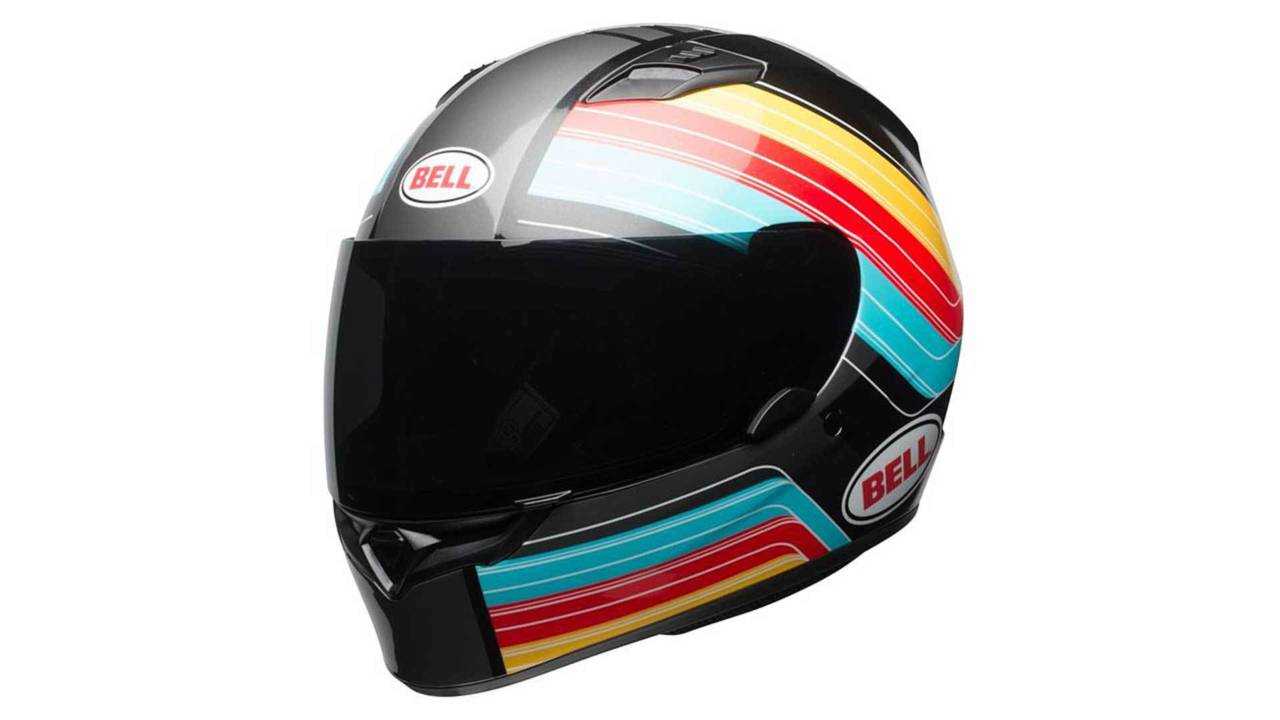 This is what we ended up ordering. It'll do, for now.

Brad and I spent another twenty minutes or so going through catalogs looking for something, anything, that might both fit her and meet our needs. No luck. Any company that has a "youth" line is making motocross stuff, and we don't want that. Anything else that's not motocross is hot garbage with no protective qualities whatsoever. In the end I had to get her the smallest adult sized helmet we could find and it's still not a hundred percent. You know what? That sucks. 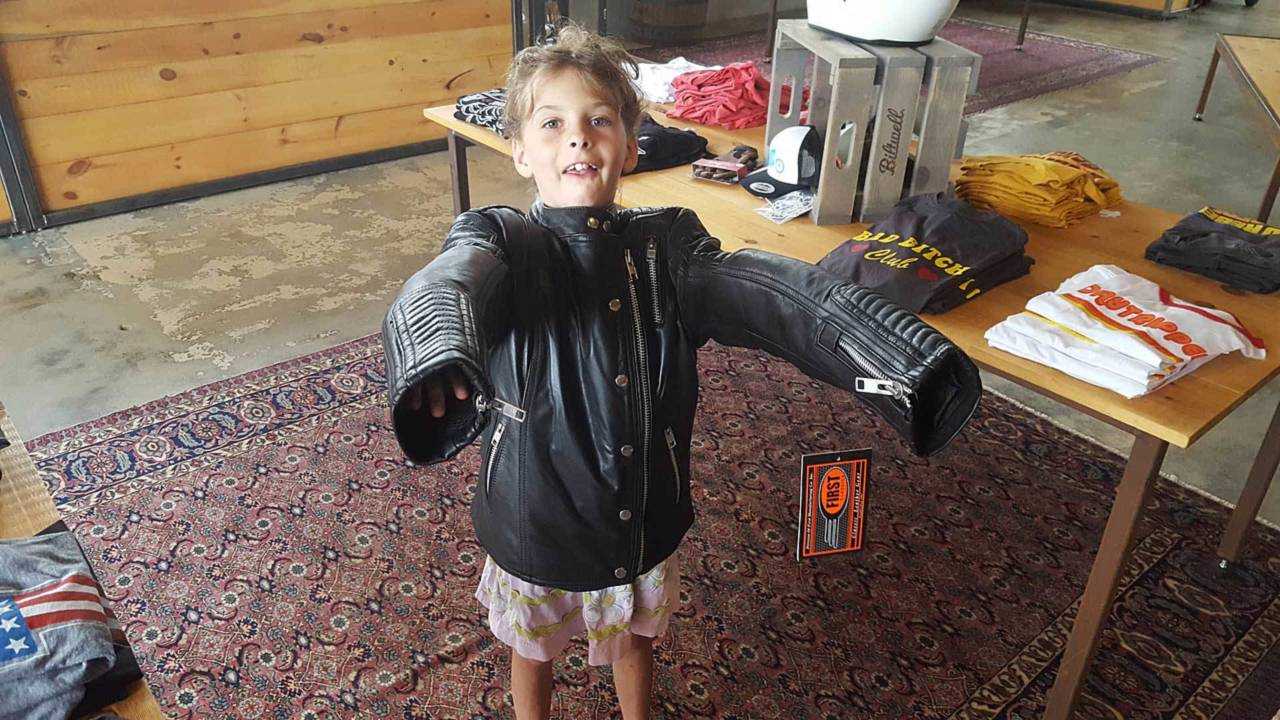 She'd definitely need to grow into it.

Why is this so hard? Why isn't there any good kids gear for street riding?  I mean, we did get a helmet, but we're still sans jacket and gloves. We have time since the Ural thing is still a few weeks off, but I shouldn't have to scour the Earth for a good jacket for my kid. Also, yes, I know that there's all sorts of stuff I could have found online and I could have driven out to hell's half acre the far suburbs to go to other, bigger bike shops, but I'd rather shop small and local.

Where and how I choose to shop is beside the point, especially since Brad was able to order me what he could. The point is that If we want kids to ride and we want them to be safe, gear companies need to give parents more options. There's plenty of opportunity here for both branded and non-branded gear for the grade school set. I shouldn't have to by extra-small adult sizes and force them to fit my kids just to get the kind of protection I like and the styles they like. Gear companies need to get on it, man. There's an untapped gold mine out there for, say, Batman-themed helmets and legit Hello Kitty jackets. Come on guys, get with the program.