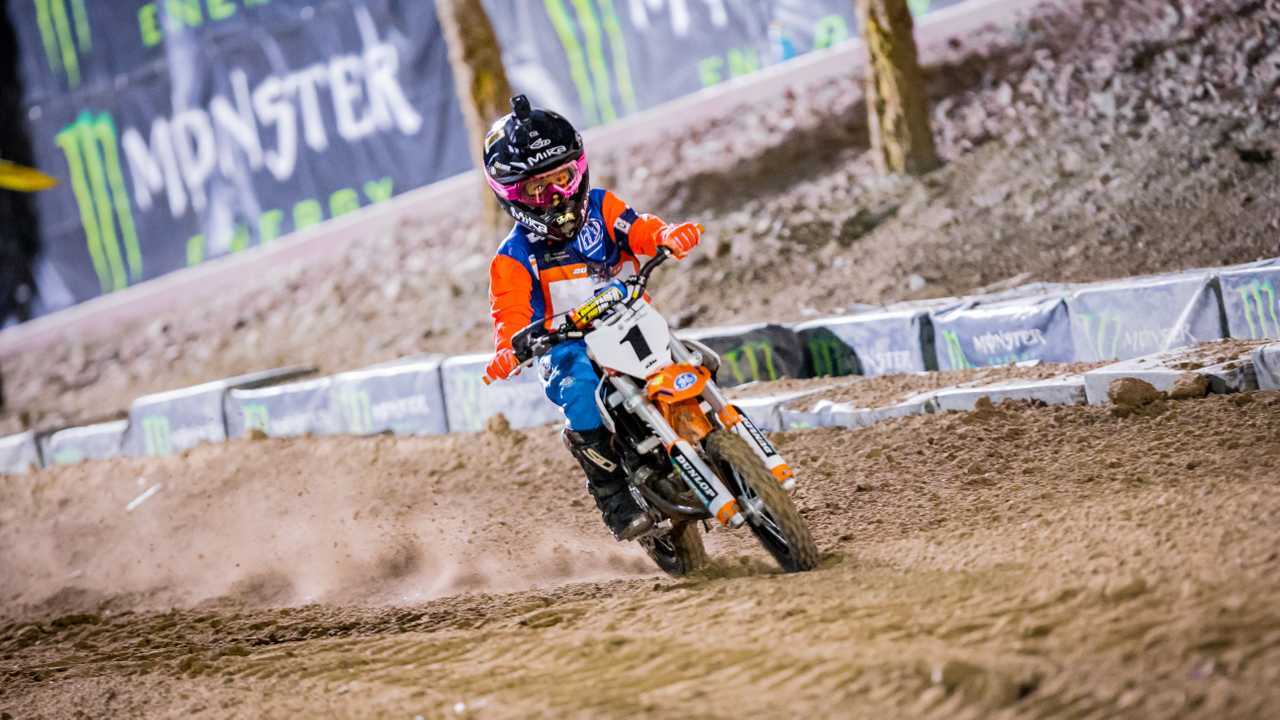 Like Mom always said, it's best to start small.

Supercross, the amped-up stadium-based version of motocross, will begin adding electric motorcycles to its lineup as soon as this October, according to the racing series’ operator, David Prater.

While the top competitors will still be riding traditional bikes with internal combustion engines, the junior Supercross class for the youngest riders (seven and eight year olds) will be on the leading edge of conversion to electric motorcycles. These kids will ride 50cc equivalent electric bikes made by KTM.

In an interview with TechCrunch, Prater said “They’ve been working on an electric 50cc equivalent motorcycle and their goal is to launch that in October. We haven’t one-hundred-percented it yet, but it’s fairly close and we’re…going to race that electric KTM in October at the Monster Energy Cup.”

KTM was the first major motorcycle manufacturer to release a production e-motorcycle in the United States in the form of the off-road E-XC. It introduced the SX-E 5 in late 2018 with claimed availability in US dealerships in the fall of this year. It makes sense that KTM would use the junior class to introduce the electric Supercross bike since kids won’t ask as much from their bikes, or beat quite as much of the hell out of their bikes, as the adults do. If a kid’s electric bikes fail, the consequences will be much less severe than an adult who’s committing to higher jumps and more extreme speeds. The junior class rides the same course as the adults but the 50cc equivalent bikes go quite a bit slower. It will probably be quite a good proving ground for the technology, on a smallish scale.

KTM’s 50cc equivalent electric bikes will definitely also be much friendlier to kids who are not ready to compete in a Supercross class, too: no gasoline to deal with, no kick-starters to fight, and no noisy bikes in the back yard bothering the neighbors.

The real question is, though: if these stadium events end up purely electrical with no competitors on internal combustion engines, will we all miss the noise and the smell?