In early 2019, rumors of a new upsized Honda Africa Twin surfaced based Young Machine’s report that cited a few “reliable sources”. Shortly after the first report about the incoming CRF1100L, another layer was added to the story by AutoBy, suggesting that Honda was also developing a mid-sized Africa Twin. 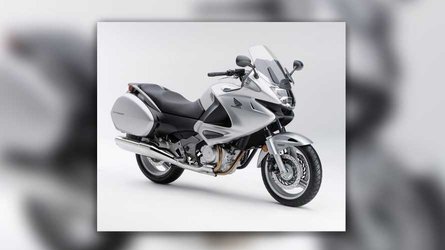 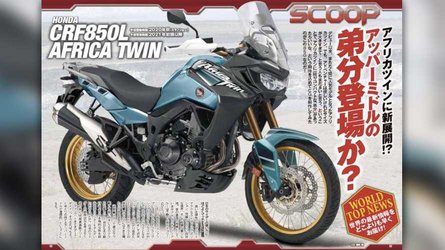 Between the Twin’s displacement upgrade, Honda’s underwhelming middleweight ADV offering, and a general market trend toward downsized adventurers, the context for a second, smaller Twin seemed ideal. A few months later, however, Honda launched the new Africa Twin 1100 and the rumored 850 fell off the radar and went MIA. Until now.

A report by Motorcycle News (MCN) revives the flame as the reporter writes that a mid-size Africa Twin built on a modular platform is on its way according to “MCN sources”. Excited yet?

According to MCN, the new baby Africa should be an evolution of the existing NC750X both in chassis and in engine. The platform is expected to be modular, which means it would find other applications in the lineup while the engine should be the NC’s 750 block increased in size to reach 790cc.

"When we speak about pure adventure, we don’t have a wide line-up. So, we are thinking of a half-way model to attract younger people,” African Twin 1100 project leader Kenji Morita was quoted saying on the matter. That sounds promising.

The addition of a brand-new mid-size player would be a smart move for Honda. You don’t hear about the NC750X a whole lot despite the ADV segment’s current popularity. That’s because the NC is underwhelming and forgettable—something the  “Africa Twin” branding has the potential to fix. Considering the mid-size ADV family is in the spotlight thanks to such models as the V85 TT, Téréné 700, and F 850 GS, this is also Honda’s chance to join the ranks and receive the exposure it deserves before the masses move on to the next motorcycle fad.

MCN mentions that the new model could potentially be unveiled at EICMA, or maybe even earlier if the CRF1100L’s September launch is any reference. Whenever it comes, we’ll be ready for it.