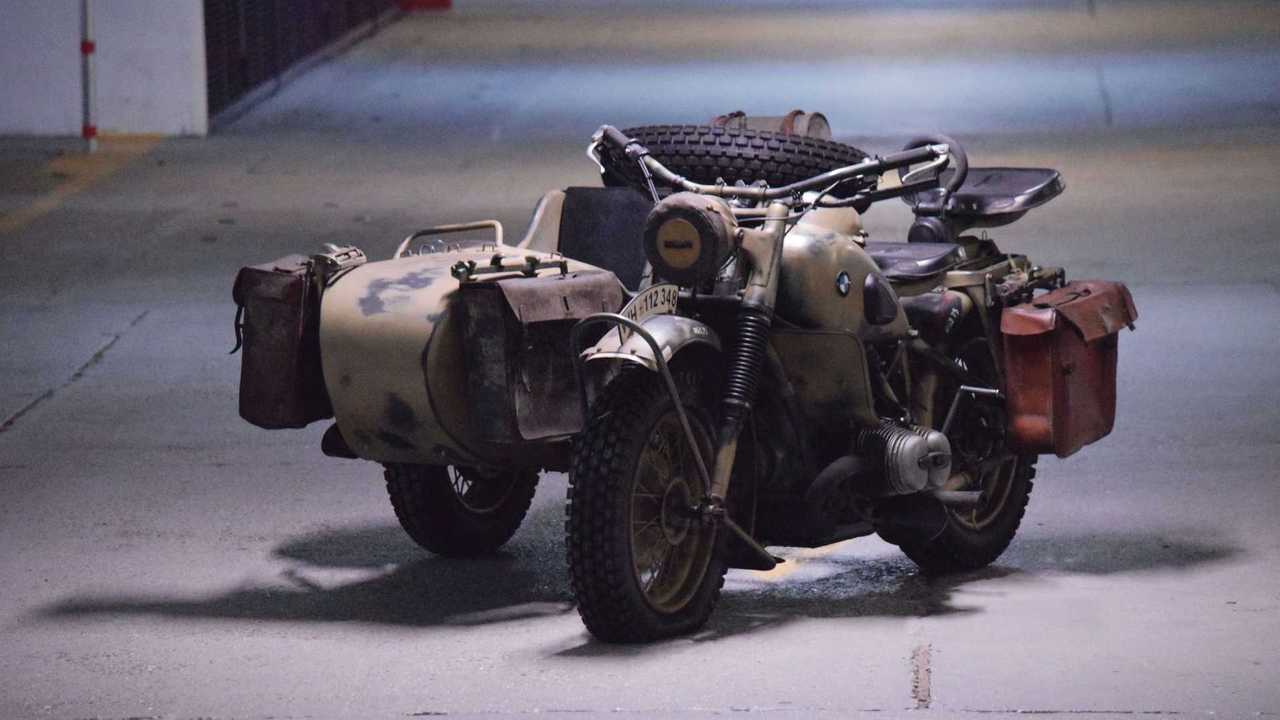 It's a lovely piece of history.

Friends, have we got a find for you. It’s old, it’s precious, and it’s for sale. Airhead BMWs—that is, old air-cooled BMW boxer twins—are only increasing in value these days. This one has seen some things but remains a peach.

Hop into the wayback machine with me… well, maybe don’t, this time. The year was 1943 and the world was at war. BMW and Zundapp were competing to supply Germany with their own motorcycles for the military, and even though it was deep on the wrong side of World War II some of these old German relics live on. One cannot blame a machine, and a survivor at that, for the sins of its creators. Instead, we can research the past and, while taking this lovely antique for a toodle, remember that kindness is the best policy these days.

This seventy-six year old machine put out 26 peak hp at its rear wheel when it was new. It would apparently run on the cheapest gasoline since during wartime there are no fuel guarantees. It is in the Italian historic register as of 2006; it is registered as a “harnessed motorcycle” given the permanent Steib sidecar installation. It competed directly with Zundapp, which won the military supply contract, but BMW managed to negotiate a shared supply line, so the two bikes share 70% of their parts. We know which company won that particular long game.

Built in Eisenach, Germany to demanding specifications, this machine was required to carry a 500kg (1100lb) payload, clear the ground by 150mm (nearly 6 inches), maintain a speed of 80km/h (49.7mph) while carrying three people, and have a fuel range of 350km (around 217 miles). Heck, loads of modern motorcycles couldn’t live up! These build specifications were the result of the varied terrain of the war fronts: anywhere from deserts to the Russian steppes.

This particular motorcycle has undergone a mild restoration (but not a rebuild). It features some really fantastic options like heating elements just forward of the handlebar grips (because Russia).

If you have the means, this darling could be yours. The auction house, in Paris, where the bike is currently housed, estimates that it will run you somewhere between 50,000 and 70,000 euros (that’s around $54,700 to $76,600 USD right now) when all is said and done. That sale price certainly won’t include shipping; plan ahead. It might be time to break open that piggy bank. This bike, and we don’t say this often, is a really good investment.