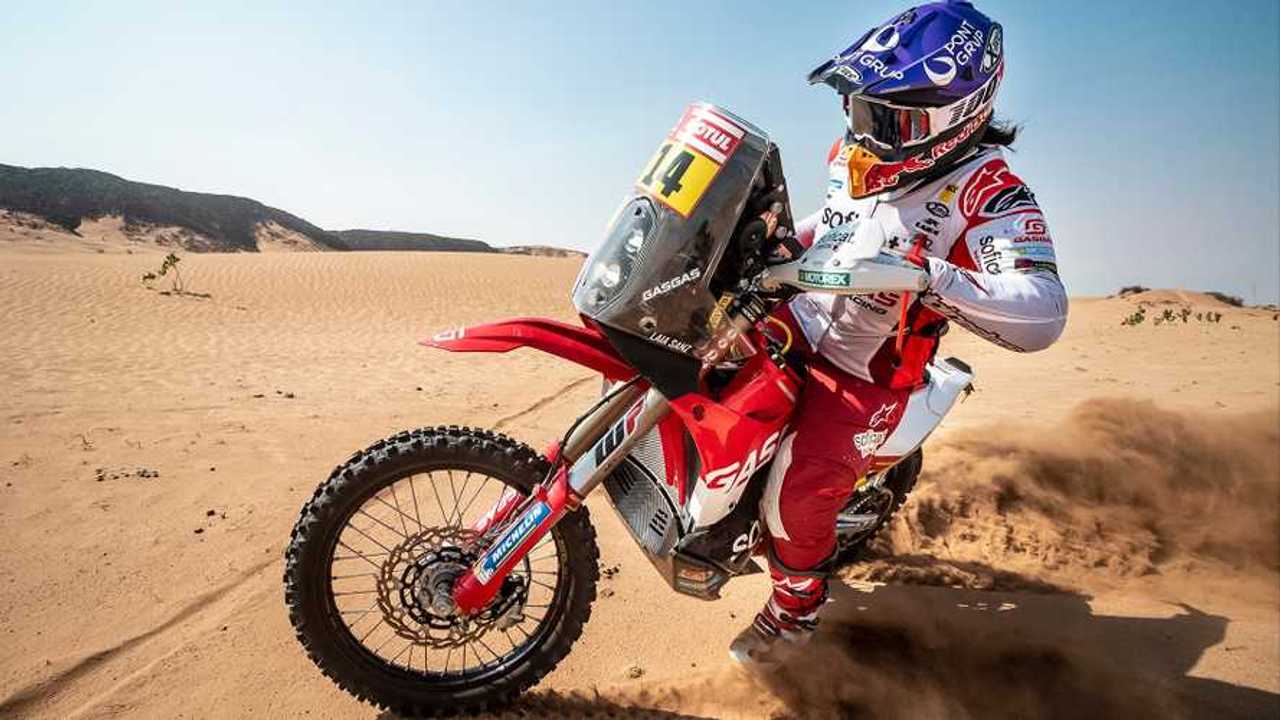 When it comes to launching new off-road motorcycles, actions speak louder than words. That’s why some manufacturers skip the fancy-sounding presentations and enter instead their newest models in the world’s most grueling off-road competitions. Nothing beats a baptism by dirt. This is what Spanish dirtbikes specialist GasGas is doing with the new RC 450F and it didn’t enter just any competition: the bike debuted at the Dakar.

Any rider and motorcycle that can finish the Dakar receive some serious street (trail?) cred, even if they don’t make the headlines with a win. GasGas confirmed late on January 3—two days before the 2020 Dakar kick-off—that it entered the all-new RC 450F with defending Women’s Class champion and former KTM crew member Laia Sanz in the saddle.

What about the bike? Aside from a few pictures, we know virtually nothing about it yet. The company seems to have taken a “Let me show you what the bike can do before I tell you about it” approach. What we do know is that the RC nameplate introduces a new line of products to the GasGas lineup and that the 450 becomes the brand’s biggest current off-road model.

As for the specs, chances are they could be similar to the KTM 450 XC-F or the Husqvarna FE 450 and use the same 450cc, four-stroke single-cylinder mill. After all, GasGas is part of the family and KTM and Husqvarna have a habit of sharing their technology.

The forty-second edition of the Dakar Rally kicked off on January 5, 2020. Sanz and the RC 450F ended the first day in the twenty-first position, leading the Women’s Class. She hopes to finish the rally and rank among the top 15. With KTM in 2019, Sanz finished the Dakar with a twelfth position in the motorcycle division.

As for the GasGas RC 450F, maybe we’ll get to learn more about it once the bike completes the rally. What better way to showcase what a new model can do than to put it through its paces in front of the world anyway?